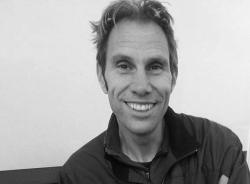 Steve Nathans-Kelly is a freelance writer, editor, and video producer. While editing a succession of technology trade magazines over the last quarter-century in Boston, Madison, Wisconsin, and Ithaca, New York, he has maintained a second career of sorts writing about literary fiction and narrative history for sites such as Paste magazine, First of the Month, and VirtualIreland.com, as well as his own blog, FirstLookBooksBlog.com. This work has afforded him opportunities for wide-ranging interviews with the likes of Richard Russo, John Edgar Wideman, Francine Prose, and Dennis Lehane.

“As its story unfolds from Kennedy to Johnson to Nixon, Silent Spring Revolution proves consistently captivating, and it takes its place alongside trilogy-mates The Wilderness

“By Hands Now Known makes an authoritative argument for reparations and restitution for the families and communities whose lives were destroyed by Jim Crow crimes, and for whom not

The Third Reconstruction: America's Struggle for Racial Justice in the Twenty-First Century

“In his timely and necessary The Third Reconstruction, Peniel Joseph has written a book with the power to engender the same consuming and transforming passion that

Life on the Mississippi: An Epic American Adventure

“Often it’s the lyrics that Cantwell judiciously quotes and expertly contextualizes; at other times it's the imaginative, unerringly precise, and never-repeated wa

The Color of Abolition: How a Printer, a Prophet, and a Contessa Moved a Nation

“The Color of Abolition proves an invaluable addition to abolitionist history, which has grown immeasurably richer in recent years.”

“As the United States inches toward the long-overdue appointment of the first Black woman to the Supreme Court, Civil Rights Queen . . . tells a critically important and . . .

Campaign of the Century: Kennedy, Nixon, and the Election of 1960

The Approaching Storm: Roosevelt, Wilson, Addams, and Their Clash Over America's Future

“The real strength of The Approaching Storm is not its colorful and well-drawn supporting cast but the three pivotal figures at its center, who provide a remarkably revealing lens

Colorization: One Hundred Years of Black Films in a White World

“Even as The Peculiarities veers far from the Benjamin Weaver template into strange and unsettling new terrain, infused with dark magic and vivid body horror, it should delight and

The Vixen: A Novel

“The Vixen, the irresistible new novel from the protean and prolific Francine Prose, reads like no other Rosenbergs-inspired novel before it, but it unerringly captures the tragico

Buses Are a Comin': Memoir of a Freedom Rider

The Ledger and the Chain: How Domestic Slave Traders Shaped America

“The Ledger and the Chain emerges as an essential and definitive work to stand alongside Walter Johnson’s Soul by Soul, Edward E.

The Man Who Lived Underground

“In its winding subterranean travelogue, and profoundly evocative, allegorical blues surrealism, The Man Who Lived Underground reads less like a follow-up to Wright’s naturalist

Our Team: Satchel Paige, Larry Doby, and the World Series That Changed Baseball

“Foregone unfolds as a daring and deftly constructed film-within-a-novel about the ethical quagmire of deathbed confession. . . .

“As a chronicle of the decline of American liberalism from the time of Ted Kennedy’s birth at the dawn of the New Deal to the collapse of its ethic of activist government in the 1970s,

The Lost Shtetl: A Novel

Blood Runs Coal: The Yablonski Murders and the Battle for the United Mine Workers of America

The Dead Are Arising: The Life of Malcolm X

“As a feat of reclamation for the Camelot-like heyday of Black Detroit, Black Bottom Saints, like the legendary impresario at its center, makes plentiful Motown magic.

“Reaganland delivers a worthy and captivating conclusion to a rip-roaring, revelatory, and definitive four-volume journey through the dark heart of Movement Conser

Caste: The Origins of Our Discontents

Dewey Defeats Truman: The 1948 Election and the Battle for America's Soul

The Hardhat Riot: Nixon, New York City, and the Dawn of the White Working-Class Revolution

“Just as Hammett made imagined crime feel real, McAlpine makes metafiction mischief suffused with meaning; from the masterful Hammett Unwritten, to the too-wonderful-not-to-mention

The Radio Right: How a Band of Broadcasters Took on the Federal Government and Built the Modern Conservative Movement

The Sword and the Shield: The Revolutionary Lives of Malcolm X and Martin Luther King Jr.

“The Sword and the Shield delivers both strong storytelling and exemplary history, dismantling popular distortions of its subjects, and arriving at a nuanced and profoundly reveali

The Last Negroes at Harvard: The Class of 1963 and the 18 Young Men Who Changed Harvard Forever

The Affirmative Action Puzzle: A Living History from Reconstruction to Today

Wilmington's Lie: The Murderous Coup of 1898 and the Rise of White Supremacy

“David Zucchino cuts through a century of propaganda, myth, and big white lies to unmask the stunning history of the Wilmington coup, its origins in the political climate of the era, and it

“The History of Rock & Roll, Volume 2 delivers more than its share of amusing and revelatory anecdotal glories, while still adhering to its mission statement of identifying ess

Time Is Tight: My Life, Note by Note

“Shattering epiphanies about old bandmates aside, Time Is Tight is, most emphatically, not a book about settling old scores.

The Fire Is upon Us: James Baldwin, William F. Buckley Jr., and the Debate over Race in America

“Nell Zink’s new book, Doxology, may prove both the consummate post-punk post-9/11 novel, and a bracing addition to the noisy Lower East Side literary canon that dates back to Henr

The Guarded Gate: Bigotry, Eugenics and the Law That Kept Two Generations of Jews, Italians, and Other European Immigrants Out of America

“In The Guarded Gate, Okrent shows tremendous insight but also tremendous restraint, letting the alarming rise of racist eugenics unfold in its own time, and painstakingly document

A Good American Family: The Red Scare and My Father

“David Maraniss digs deep into his father’s 1952 blacklisting and emerges with a riveting account of what disloyalty charges did to families in the McCarthy era, a profound meditation on wh

“Perhaps most rewardingly and unexpectedly, Working is a book about what makes great writing: 'Rhythm matters. Mood matters. Sense of place matters.

Hold Fast Your Crown: A Novel

“Hold Fast Your Crown thrives on Haenel’s buoyant prose, which remains unabashedly overstuffed and declamatory, pell-mell and poetic, throughout a weird and winding tale.”

“Englander finds fascinating ways to explore another of his great recurring themes: the points at which modernity and tradition may fruitfully, if uncomfortably—and always

A Student of History

“Peter Rock does dazzling things with meta-crypto-autobiography in The Night Swimmers, playfully commingling curation and creation, and wrestling with a writer’s c

The End of the Myth: From the Frontier to the Border Wall in the Mind of America

“In The End of the Myth, Greg Grandin reaches devastating conclusions about America’s current trajectory.

The Cassandra: A Novel

“The Cassandra, with its multiple parallels to the original story, might be the truest twist on the Cassandra myth ever attempted—and certainly the most relevant t

Separate: The Story of Plessy v. Ferguson, and America's Journey from Slavery to Segregation

“In documenting this country’s fateful journey from slavery through thwarted Reconstruction to segregation, Luxenberg paints on a broad canvas, elegantly narrating several captivating and s

“Though too untethered to a timeline to comprise a traditional rise-and-fall saga, American Pop delivers a wondrously mosaic-like, multigenerational chronicle of a family that buil

“Without institutionalized American racism, Withers would never have become involved with racial espionage. But he still would have been a great photographer.”

The Patricide of George Benjamin Hill: A Novel

“For such an unabashedly polemical first novel, The Patricide of George Benjamin Hill works surprising well, due in large measure to the unremitting intensity of Charlesworth’s wri

“Port establishes Leo Fender’s unique perspective on the world of electric noise he helped create, as he innovated and borrowed and cobbled his way to the world’s first production-model sol

Trailblazer: A Pioneering Journalist's Fight to Make the Media Look More Like America

“In brisk, vigorous, precise prose honed over decades of daily newspaper work, Gilliam paints a vivid portrait of the obstacles she faced as a black woman breaking multiple barriers in the

“Like The Thirteenth Tale, Once Upon a River is very much a story about the spellbinding power of storytelling, and the stories troubled people tell themselves and each other to ma

“A Map of Days reveals Ransom Riggs at the peak of his powers, leaving loyal fans ravenous for more.”

In “The Accidental Rebel,” an op-ed published in The New York Times on the 40th anniversary of the Columbia student uprising of 1968, novelist Paul Auster (Columbia ’69) asserted that stud

“Mosley’s new book, John Woman, though it only intermittently delivers the tautly rendered violence and suspense of his detective fiction, is as provocative and morally instructive

Bealport: A Novel of a Town

The Boy with the Perpetual Nervousness: A Memoir