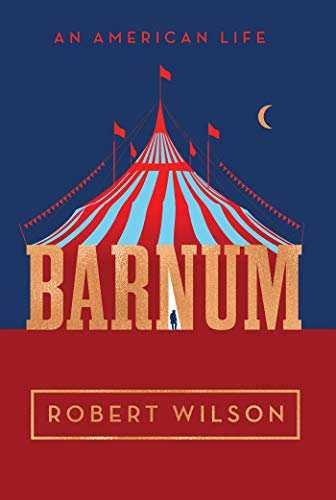 P. T. Barnum didn’t invent American showmanship, salesmanship, circuses, humbuggery, freakshows, or marketing hyperbole. Although he achieved staggering fame for his success and innovations in all of these areas in his own time—and remains synonymous with many of them inasmuch as his reputation persists today—Barnum’s innovations, by and large, usually reflected not so much concept as style and scale.

Barnum became an international celebrity by touring England with General Tom Thumb, a six-year-old dwarf possessed of precocious wit and charm, and a dazzling talent for dancing and mimicry. Again, Barnum wasn’t the first entertainer to market a dwarf act; his Tom Thumb wasn’t even the only attraction touring under that name at the time (hence the one-upping “General” appellation). But Barnum’s Tom Thumb was the only one to meet Queen Victoria, and the only one to perform his Napoleon impersonation in a private audience with the Duke of Wellington, the British military commander who defeated Napoleon at the Battle of Waterloo.

Wilson characterizes Barnum from his earliest days in show business as a man with “an unfailing sense of what the public wanted . . . brazenly manipulative and unafraid of controversy.”

Barnum first rose to prominence as the “prince of humbugs,” seemingly willing to stoop to any level of deception to attract a crowd and make a buck. Two of his earliest commercial triumphs occurred when he toured with a fossilized mermaid that consisted of the torso of a dead monkey and the tail of a dead fish fused at the waist, and a supposedly 161-year-old African American enslaved woman who claimed to be George Washington’s wet nurse, and regaled audiences with captivating stories of the former president as a boy.

Wilson insists, as other biographers have, that Barnum never spoke the words most popularly attributed to him—“There’s a sucker born every minute.” However neatly that legendary quip might summarize Barnum’s perceived “philosophy as a showman” willing to foist upon the public any deception he thought he could sell, Wilson writes, “they utterly misrepresent the man as he really was.”

Wilson contends that Barnum, like his contemporary and fellow believer in the boundless possibility of the American spirit Walt Whitman, contained multitudes, and arguably deserved his preferred sobriquet, “the Children’s Friend,” nearly as much or more as the “prince of humbugs” tag that marked him early on.

“Over many years,” Wilson writes, “Barnum became a steady, civic-minded, fun-loving man who cultivated a close relationship with his audience and embodied many of the best aspects of the American character. He eventually won over the public with his unflagging energy, his wit and buoyant good humor, his patriotic zeal for the Union side in the Civil War, and his commitment to charitable causes, good government, and his Universalist faith.”

Throughout his career, Barnum moved with remarkable fluidity between the lowbrow humbuggery of the Fejee Mermaid, providing international exposure to Swedish opera singer Jenny Lind, and staging “moralistic melodramas” created to advance the Temperance cause. At every turn, his gifts for self-promotion brought in the crowds and kept all eyes on the showman and his shows, even commanding the rapt attention of newspaper editors who gleefully plotted his downfall.

Wilson argues that much of the controversy that surrounded Barnum and his huckster image and the revulsion he inspired in the high-minded American intellectual elites stemmed not just from Barnum’s weakness for perpetuating hoaxes or the hyperbolic excesses of his promotions, but from his broad middle-class appeal, and his status as “leader of the mob assaulting the citadels of culture.”

Wilson himself does occasionally lapse into Barnum-like excess in the claims he stakes on his subject’s behalf—for example, attributing to Barnum both the rise in respectability of American theater in the second half of the 19th century, and its appeal and accessibility to children.

But one of Wilson’s most effective strategies for keeping Barnum honest (if such a thing is possible) is to compare and contextualize the ways Barnum characterizes his own life in successive editions of his wildly popular autobiography. David W. Blight employs a similar approach in his 2018 Pulitzer Prize-winning biography, Frederick Douglass: Prophet of Freedom, approaching Douglass’ three autobiographies not just as updates to an ongoing story, but as successive efforts to reframe Douglass’ life with particular strategic and political goals reflecting the abolitionist leader’s evolving sense of mission over time.

Barnum was less prophet of freedom than pioneer of promotion (to borrow a phrase from Joe Dobrow, whose 2018 book of the same name described, in part, the marketing innovations of effusively alliterative latter-day Barnum press agent Tody Hamilton). But like Douglass, he did repeatedly revise his autobiography with subtle and not-so-subtle shifts in how he described himself and events in his life, as well as what he left in and what he left out.

Though the lives and reputations of Douglass and Barnum, in some respects, could not be much more different—beginning with the unignorable fact that Douglass was born a slave, and Barnum, over the course of his young adulthood, bought and sold a small number of slaves—their roughly contemporary lives have a few noteworthy points of intersection (even if the two never met).

Although Barnum never achieved the prominence in nor contributed nearly as significantly to the abolitionist movement as Douglass did, he did pursue and win a seat in the Connecticut legislature with the express purpose of voting to ratify the 13th Amendment, and of securing voting rights for black freemen in the state. Both men also devoted much of their time and energy to the growing temperance movement of the latter half of the 19th century.

Although Barnum’s efforts on behalf of temperance and black emancipation and suffrage—as well as the Universalist faith that underpinned such commitments—might seem at odds with the “greatest showman” image that dominates our perception of Barnum today, that prevailing impression of Barnum’s public life is integral to the character of an American who helped define his times.

In describing the intense scrutiny Barnum drew following the nearly simultaneous publication of his first autobiography and his ugly brush with bankruptcy due to some ill-fated investments, Wilson writes, “Barnum had become so familiar a public figure that by this time in his life his name was often used in the newspapers, and presumably in private conversation, as shorthand for a number of qualities: energetic promotion or self-promotion, interest in the odd or the exotic, business acumen and the ability to beat out competition, and, finally and foremost, the vast realm of humbug. In the United States, the British Isles, and Europe, Barnum embodied an identifiable American type—the go-getter—and was also one of the most renowned examples of the growing fluidity in social class that was a central factor of life on both sides of the Atlantic throughout the nineteenth century.”