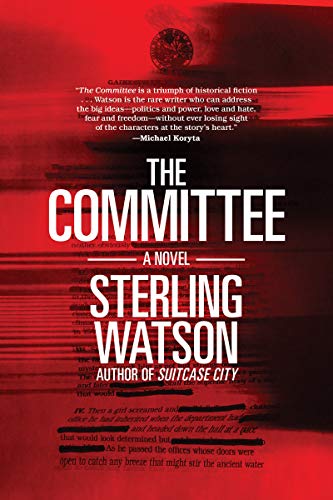 At the peak of the Lavender Scare of the early 1950s, security officials in Washington claimed that they were purging homosexuals from the State Department at the astonishing rate of one firing per day. The attacks on gays in the civil service and other areas of government occurred more or less contemporaneously with the more widely recalled Red Scare, in which Wisconsin Senator Joseph McCarthy and various congressional committees launched attacks on suspected communists throughout the government, Hollywood, journalism, and elsewhere in the late 1940s and 1950s.

Although the politicos who stirred up the Lavender Scare were less successful in linking homosexuality to political subversion than their Red Scare counterparts, they succeeded in insinuating that civil servants and other government officials engaging in illicit homosexual activities were subject to blackmail and manipulation by actual subversives, and that gays teaching in schools and universities were actively engaged in corrupting American youth.

The power of these accusations stemmed from the powerful social stigma associated with homosexuality at the time, which made them so devastating and irreversible that very few of the accused ever fought them publicly. Deputy Undersecretary of State John Peurifoy’s admission that 91 homosexuals had been identified and removed from the State Department prior to 1950—intended to quell the panic and put the matter to rest—had the opposite effect, leading only to calls for more purges. Likewise, the widely read and discussed findings of Indiana University biologist Alfred Kinsey that deviation from presumed sexual norms was, statistically, pretty normal among American men only heightened the hysteria in some circles and did little or nothing to diminish the stigma.

Indeed, just as Peurifoy’s revelation succeeded only in flagging the State Department as a haven for homosexuals—to the point that, according to historian David K. Johnson, it  became customary for State employees to append “and I have a wife and three children” to their answer when anyone asked where they worked—the Lavender Scare also brought heightened scrutiny to other professions identified with effete elites, such as humanities scholars in American universities.

Thus, University of Florida academics, among others, found themselves in the crosshairs of the Florida Legislative Investigative Committee (better known as the Johns Committee, after Governor Charlie Johns), which began taking aim at a wide array of organizations in 1956 in an attempt to root out communists, civil rights activists, and other undesirables across the state. After failing to dent the Miami-Dade County NAACP, the committee cast about for easier prey, setting its sights on suspected homosexuals among the faculty and students of Florida’s flagship state university.

From the novel’s indelible opening moments, when Committee-outed English professor Jack Leaf takes “a walk in the air” from a third-floor window and lands in a pool of blood at the feet of a distraught co-ed, The Committee proves nearly impossible to put down, so vivid is its pull-no-punches portrayal of the personal consequences of the Johns Committee’s reckless, unmitigated cruelty.

The first faculty member on the scene at Jack Leaf’s suicide, British lit Professor Tom Stall, emerges as the focal point of the novel. Stall finds himself increasingly entangled in the Committee’s web: searching for the cause of Leaf’s death as seamy and gloomy details of his colleague’s secret life emerge; facing enlistment as an unwilling collaborator with the university president in quietly appeasing the Committee; clashing with the English department’s first female tenure-track faculty member, a brilliant New York-bred Columbia Ph.D. determined to dismantle the university’s self-sustaining old boys’ network; promotion to the unenviable position of acting chair of a department riven by suspicion and fear; and parrying the increasingly aggressive tactics of a Committee investigator who attempts to leverage a dark secret from Stall’s own past, as Stall struggles to contain the threat to himself and his family.

These colliding tensions emerge within Watson’s always incisive and evocative portrayal of 1950s Florida, a region to which he’s staked a mighty strong claim over the years. “Florida was America’s Vacation Land, and her beautiful beaches, the ring of white sand that enclosed her like a necklace of pearls, were cosmopolitan places where North and South mingled and even the races occasionally came within shouting distance of each other,” he writes. “But, oh God, go inland a few miles and Florida was Alabama and Mississippi with a vengeance. She was a land of lynching, convict labor, peonage, and the bare-knuckles politics that had not changed since Confederate general Nathan Bedford Forrest had served as the first grand wizard for the Ku Klux Klan.”

Even in the midst of its historical and political pre-occupations, as well as its expertly paced progression into danger and violence, The Committee has its moments as a finely nuanced academic novel. With its richly drawn cast of identifiable English department types, from the brilliant and ambitious to the middling and jaded, their covert alliances and prickly departmental meeting dynamic, The Committee at times feels like a darker counterpart to Richard Russo’s Straight Man.

Meanwhile, Watson makes a compelling case for an embattled English department and the internal monologue of its compromised but undaunted acting chair as an ideal setting for a hard-edged historical novel: “Stall took a deep breath and sighed it out. The tendency of literature was to endow evil with omnipotent powers, but this was the world, dirty, confused, and groping. The operatives of the Committee were not supermen. They were thugs and bumblers who preyed on the fears of the weak.”