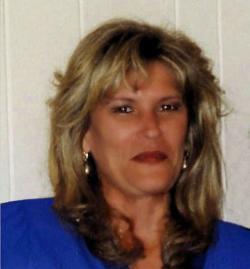 Laura Schultz is a licensed psychotherapist (LMFT) and freelance writer in myriad genres. In true crime she has published a treatise called “Hiding in Plain Sight: The Psyche of Serial Killers” in Crime magazine. As a featured crime writer online, she wrote “Killing for Attention: Munchausen by Proxy.” Her essay, “Strychnine and Stilettos: The Anatomy of Female Serial Killers,” appears in the November 2010 issue of Crime Spree magazine. In 2011, she wrote the psychological profile in The Casey Anthony Murder Trial by Claudette Walker.

Ms. Schultz’ poetry has been published in such venues as Forth magazine, Writers News Weekly, Abandoned Towers magazine, and others. In 2011, she was the only U.S. poet to be asked to contribute to an international anthology entitled Sudden Thunder, and her personal essay, “A Poet’s Journey” appeared in Coal Hill Review. Her debut poetry book Arise and Shine: Laments from the Darkness, Songs of the Light was released in 2011 by Silver Bow Publishing.

Ms. Schultz has written extensively on women’s issues—relationships, marriage, and sexuality—for magazines such as WE, ConnectionsforWomen.com, and Runway, and has developed advice columns for women. She is considered Runway’s “relationship expert.” In addition she wrote a column entitled “Media Trends” that explored the evolution of and new directions in the erotic aspects of film, television, and advertising. She developed and serves as the administrator for an online writer’s group called Writer’s Etc. that merges authors, publishers, and all those involved in the publishing industry with members of the Hollywood community, their mission being to encourage, support, and provide a networking venue.

Patient Care: Death and Life in the Emergency Room

“I believe that the principal reason we are on this planet is to have our noses constantly rubbed in our obligation to care about people who are strangers to us.

No Ashes in the Fire: Coming of Age Black and Free in America

“The long collective hatred of blackness, the calculated policing of sexual difference, the intentional ghettoization of urban centers, and the lure of the American dollar are just a few of the str

Fight Like a Girl: The Truth Behind How Female Marines Are Trained

When recruits enter the Marine Corps many of them have an idealistic view of what constitutes an effective Marine, and they embrace the adventure that awaits them.

Hitler, Stalin & I: An Oral History

“It is hard to imagine a reader who would not be inspired by the momentous life of Heda Margolius depicted in Hitler, Stalin and I.”

A Gift from Darkness

“I looked at my plate and thought quite honestly that the mixture of vegetable, millet and meat looked very enticing.”

The Shattered Lens: A War Photographer's 81 Days of Captivity in Syria -- A Story of Survival

The Book of Separation

“Beautiful Bodies is highly recommended for people who struggle with eating disorders, the people who love them, and the public at large . . .”

This Is Just My Face: Try Not to Stare

Gabourey Sidibe’s meteoric rise to fame in the film Precious has reached a new level in her career with the release of her new memoir This Is Just My Face: Try Not to Stare.

The Stranger in the Woods: The Extraordinary Story of the Last True Hermit

“an amazing true story that is told with immeasurable depth and compassion . . .  an extraordinary glimpse . . .”

Falling into the Mob

A great story transports readers to a milieu with its concomitant sights, sounds, and interesting dialogue. Ideally the plot captures our attention until the final paragraph.

“I believe life happens and you soldier through the worst of it with your head held high and give thanks to God for the rest of it.”

Out of the Wreck I Rise: A Literary Companion to Recovery

“There was nothing to do but to drink . . . each day became a replica of the day before.”
—Ernest Hemingway, unpublished draft of The Sun Also Rises

Melville in Love: The Secret Life of Herman Melville and the Muse of Moby-Dick

The Oxford Companion to English Literature calls Moby-Dick “the closest approach the U.S.

The Man Who Couldn't Stop: OCD and the True Story of a Life Lost in Thought

The Man Who Couldn’t Stop: OCD and the True Story of a Life Lost in Thought is a gripping memoir that blends personal experience with history and complex empirical research.

Criminal That I Am

The Skeleton Cupboard: The Making of a Clinical Psychologist

“We don’t like mental illness. We have no time or desire to engage with it in others except as something to gawp at and to define ourselves against.”

“the message of hope and inspiration has the potential to help millions who are survivors of trauma and the people closest to them.”

All Day and a Night: A Novel of Suspense (Ellie Hatcher)

“For all the pluses of this book in terms of the delineation of the complexities of an investigation from start to finish and the twists and turns of a murder case, there is one major drawb

“Hard to Love is a courageous endeavor that simplifies a very complex, enigmatic disorder and clarifies both symptoms and solutions.

A Soldier on the Southern Front: The Classic Italian Memoir of World War I

“Though some of the fierce battles may be very disturbing for some readers, any avid student of history, particularly military history, will be enthralled with A Soldier on the Southern

“. . . as a result of this adeptly written biography, Orwell will continue to fascinate an entirely new generation of readers.”

Art of the Apology: How, When, and Why to Give and Accept Apologies

“. . . every reader can benefit by the sage advice on how to mend a rift or even a shattered relationship and lessen the personal impact of strife.”

This Is the Story of a Happy Marriage

After reading This Is a Story of a Happy Marriage, it is clear that author Ann Patchett not only talks the talk but walks the walk of a successful writer.

“This novel may be short in length . . . but it is definitely not short on style.”

“This sometimes unfathomable realm takes place in darkened bedrooms and dimly lit clubs throughout the world.”

What does the discovery of a mysterious envelope, a bloody piece of material, and a murder conviction in a decades old case, have in common?

Nine Lives: A Chef's Journey from Chaos to Control

“. . . the uneven execution of the plot prevents Resolve from achieving its full potential.”

“When word gets around about The List, readers will clamor for their copy and devour this book.”

Scent of Darkness: A Novel

“Scent of Darkness is thoroughly engrossing.”

Maya Angelou: A Biography of an Award-winning Poet and Civil Rights Activist

Brain on Fire: My Month of Madness

“. . . both disturbing and enlightening.”

Up Jumps the Devil

“. . . an elegiac masterpiece, equally dramatic as it is eloquent.”

Life After Murder: Five Men in Search of Redemption

“Life After Murder: Five Men in Search of Redemption is an important book for all of us—if only we could allow the mythology of prisoners to be dispelled.”

“Ellen Schecter creates a visual symphony with her extraordinary command of the unique language of the soul. . . .

Brooklyn Zoo: The Education of a Psychotherapist

“Brooklyn Zoo would be interesting to many clinicians, especially those first starting their careers; however, it may not be the most inspiring book in the memoir genre for the ave

“Reading What Comes Next is an experience akin to riding the scariest roller coaster ride: You gulp with the rush of both trepidation and excitement—and you sigh with relief when i

“Many of the poems in Place are deeply contemplative and philosophical.

That’s How I Roll: A Novel

“That’s How I Roll is about the dichotomies and incongruities within the human mind and within the context in which the story takes place.

A Good and Useful Hurt

“Although A Good and Useful Hurt is a unique thriller with characters quirky enough to be interesting, there is an intangible magical ingredient that is missing that would make thi

The Serial Killer Whisperer: How One Man’s Tragedy Helped Unlock the Deadliest Secrets of the World’s Most Terrifying Killers

“A young boy with a brain injury has not only found a purpose in his life, but he is also able to help others in the process. . . . Mr.

“. . . a masterful piece about street crime and the psyche of the men and women who work for the Toronto Police Department, Savage Rage offers up a skillful portrait. . . . Mr.

“Though she spent much of her life with one of the most controversial and despised men in history, it is clear that Eva Braun was willing to sacrifice her life completely for him.

“Kayak Morning might be described as a literary stream of consciousness that is both poetic and poignant.”

“In The Magic Room, Jeffrey Zaslow has created a symphony of synchronistic stories with great aplomb, engendering the gamut of emotions for the reader—from joy to sorrow and ultima

“What keeps the reader relentlessly glued to Children of Paranoia are the unrelenting suspense and complex characters.”

“Though the theme of selling one’s soul is an ancient one, this page-turner is a contemporary look into the moral and psychological implications of one’s cherished desires being manifested

The Maid's Daughter: Living Inside and Outside the American Dream

“The Maid’s Daughter: Living Inside and Outside the American Dream is a riveting read for both academics and laypersons.

“As a whodunit, the prevailing concept underlying Death Plays Poker: A Clare Vengel Undercover Novel is an interesting one.

Loose Diamonds: …and other things I've lost (and found) along the way

“All of these fascinating experiences and relationships described in Loose Diamonds . . .

This Beautiful Life: A Novel

“Helen Schulman effectively portrays a birds-eye view of modern life and the fragile nature of living in our contemporary society.”

I Wore the Ocean in the Shape of a Girl: A Memoir

“I Wore the Ocean in the Shape of a Girl appears to be an example of the difficulty some poets have in translating poetic images into effective prose.

How does a cohesive, loving family cope with a life altering tragedy that has the potential of destroying the very fabric of that family system?

Is the term “nervous breakdown” an accurate description of what can happen to someone under stress and who might be struggling with a major depression or panic attacks?

Profiling: The Psychology of Catching Killers

In a crime investigation, a police detective usually asks, “Who had the means, motive, and the opportunity to commit this crime?” In the book Profiling: The Psychology of Catching Killers,

How does an author begin to critically analyze and explain a phenomenon in popular culture?

You're Stronger Than You Think: The Power to Do What You Feel You Can't 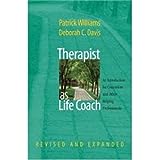 Therapist as Life Coach: An Introduction for Counselors and Other Helping Professionals (Revised and Expanded) (Norton Professional Books (Hardcover))

This book is an excellent reference tool for professionals in the “helping field” who are interested in making the transition to becoming a professional life coach, or for therapists interested in

At first glance this book appears to be intended only for writers. However, its message transcends writing and applies to almost any endeavor.

What makes poetry intriguing?  One answer may be found among the stanzas of Coffeehouse Meditations.  Ms.