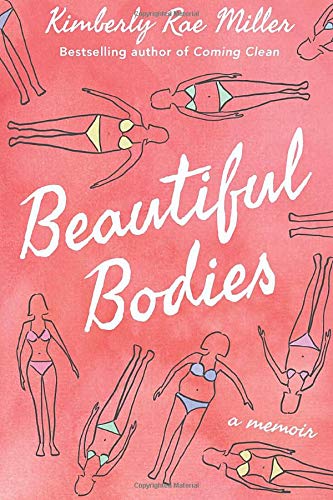 “Beautiful Bodies is highly recommended for people who struggle with eating disorders, the people who love them, and the public at large . . .”

The powerful memoir Beautiful Bodies is a life story replete with dramatic contrasts. Author Kimberly Miller provides readers with very personal access to her lifelong anxiety and shame of living with a debilitating eating disorder. At a young age she made it her goal “to take up as little space as possible in the world and it would become my lifelong mission to figure out the best way to do just that.”

Her profound account of the daily struggle is stated directly by the words, “I have eaten nothing but meat, nothing but raw vegetables . . . scarfed down all my meals in a six hour feeding window, paid a woman to flood my colon with filtered water and then suck my feces out with that very same hose.” And further, “dieting is my only real hobby.”

At some point she took refuge in her local public library away from the cruelty of bullies and crippling self-doubt. Her interest in gathering and processing information about dieting and our cultural need for perfection would ultimately become a positive obsession that changed her life and perhaps saved it.

Though she worked as an actress in her twenties, the frequency of roles were always dependent on her weight and since it always fluctuated no matter how hard she tried to control it it was a very painful process. Just prior to making the final decision to give up acting, she saw a casting notice for an online talk show for a company that published magazines. The show was absolutely perfect for her because it was located on a site called Pretty Imperfect.

As she poignantly states, “In the irony of all ironies, my lifelong struggle between dieting constantly and finding peace with my body had led me to a career I loved.” Conducting exhaustive research for her projects she recounts fascinating stories of renowned people who struggled for years with weight issues and the concomitant bullying from their family and peers.

One such example delineated in Beautiful Bodies is William the Conqueror. Though a brutal dictator who “starved over 100,000 of his own countrymen and cut off the hands and feet of people who mocked him,” Miller saw in him a kindred wounded spirit after she delved deeper into his childhood and what was expected of him.

She discovered that he became “despondent when he got too fat to fit in the bathtub or ride a horse” and developed a strict eating plan that required him to lay in bed and eat nothing whatsoever. He only allowed himself to ingest alcohol and according to Author Miller, this was “the first weight loss diet in recorded history.”

Her research and work in the field of disordered eating enabled her to grow by leaps and bounds, though the road was still very difficult. She is well aware of how one step forward and many more successive ones led her to reduced anxiety, less preoccupation with weight, and less fear of developing relationships with people.

Along with her painstaking evolution in making peace with her body, she met and fell in love with a man she met on the Internet who worked as a personal trainer while attending NYU. Coincidentally at the same time she was writing fitness articles and teaching part-time as a spin instructor.

Miller had rarely dated, and trusting another person to love her without judging would be the challenge of her life. Though obviously not perfect this soon-to-be husband supported and loved her deeply, and their relationship bloomed in the most profound way.

There was not one slow moment in Beautiful Bodies. Despite many books on personal addictions including eating disorders, this book is head and shoulders above the others. Her story is one that many readers can relate to and her writing is accessible, her vulnerability incomparable.

Beautiful Bodies is highly recommended for people who struggle with eating disorders, the people who love them, and the public at large to gain an understanding and have empathy for people who suffer with this debilitating issue.