Life After Murder: Five Men in Search of Redemption 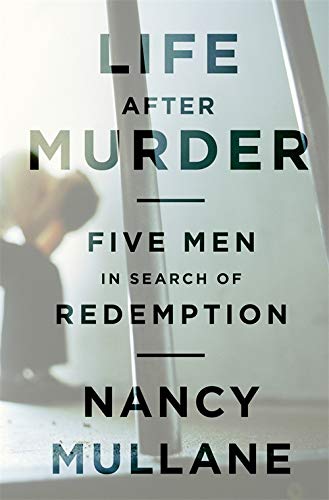 “Life After Murder: Five Men in Search of Redemption is an important book for all of us—if only we could allow the mythology of prisoners to be dispelled.”

“I am driving past what remains a secret, isolated, walled-off community (aka San Quentin Prison) of more than 5,000 people in the middle of one of the most liberally minded, eco-friendly, justice oriented counties in the U.S.”

Immediately after a more detailed description of the view of this notorious California prison from the perspective of the multimillion-dollar homes above and the freeways in close proximity, author Nancy Mullane piques the reader’s interest by posing a myriad of provocative questions.

“Do they wonder who is in there? What is it like? Is prison effective? Is locking them up and throwing away the key making people feel safe and is this an effective answer to crime and punishment? Or is it a punishment born of social ignorance?”

As a journalist, author Mullane examines these questions and more after accepting an assignment to research the high costs of incarcerating what are known as “lifers.”

Her interviews with these men and their loved ones spans over four years. She has unfettered access to them both within the prison system as well as what transpires in their lives after release.

Of the five men whose lives are featured in Life After Murder, each has served at least 20 years in this maximum security prison housing those who have committed the ultimate crime—murder.

All are very young when they commit this one foolish and selfish act. Each endures not only the hardship of prison life and families torn apart (both theirs and the victims) but they have also done their utmost to turn their lives around.

Even after they are deemed “suitable” for parole, they are often denied by the governor and serve many more years. Ms. Mullane cites some revealing history about the numbers of “lifers” that do receive parole.

In the 1980s politicians responded to a war on rising crime with a drastic reduction in granting paroles. After Proposition 89 was voted into law in California, new powers were granted to governors of various states to deny parole that used to be reserved for the Board of Parole Hearings. As this new induction of political power arose, Governor Deukmejian for example, allowed parole for a mere 5% of the lifers that had been deemed suitable for parole.

In the 1990s even though the homicide rate declined, only about 1% were released. Additionally, men were more apt to die in prison than having a chance to be released.

These statistics became a catastrophic financial burden on the system and people began to question the drastic policy of denying almost all paroles.

Since that time, however, the state supreme court rescinded the sole power of the governors to deny releases, placing the power back in the hands of the Parole Board. The recidivism rates declined so drastically that of the”1,000 prisoners paroled in California in the last twenty years who had served a life sentence for murder, not one has committed murder again.”

In the process of her proximity to the lifers, Ms. Mullane began to view them as men who had suffered greatly for committing a horrifying act in a tragic moment for all concerned.

She witnessed their remorse and dedication to redirecting their lives, helping other families and members of the brotherhood of convicts.

The support for one another was amazing to witness and their remorse palpable.

After release, the men struggled to maintain their dignity while being rejected from jobs and apartments. Many developed stable relationships but all were shocked about how the world had changed. Cell phones and many other forms of technology were all new and the simple act of ordering off a menu gave them pause.

Some readers may have a difficult time absorbing Life After Murder: Five Men in Search of Redemption depending on their beliefs about parole for men who have committed murder.

Willingness to set aside fixed opinions about the stereotypical persona of an inmate may be next to impossible for some.

In addition, the families of victims may be quite pained by the portrayal of lifers in this empathic manner.

Life After Murder: Five Men in Search of Redemption is an important book for all of us—if only we could allow the mythology of prisoners to be dispelled.