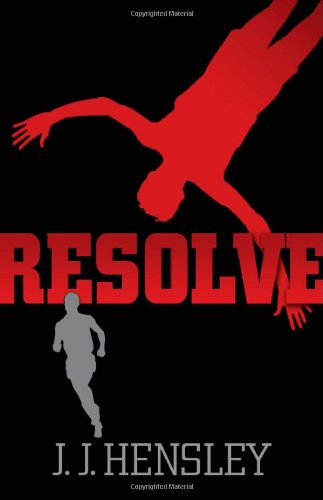 “. . . the uneven execution of the plot prevents Resolve from achieving its full potential.”

Author J. J. Hensley’s expertise in law enforcement combined with his avid passion for long distance running lends gravitas to more than one element in the whodunit Resolve. Author Hensley is both accurate and insightful about the details involved in committing a crime and its aftermath, including the thought processes of both prosecutors and detectives.

Mr. Hensley’s secrets to success in running a marathon are apparent as he takes the reader on a journey through each mile of the Pittsburgh marathon including the mindset of the runner and the physical ramifications on the body during those challenging 26 miles. In fact, all of the chapters introduce each subsequent mile in the title with the concomitant progressive numbers as the heading.

The plot of Resolve is centered in academia at Three Rivers University in Pittsburgh. Amid the hallowed halls of this intellectual and cozy little university, there lurks many a secret. While the reader gathers more interest in these secrets, more is revealed bit by bit.

The main character in Resolved is Dr. Cyprus Keller a well respected Professor of Criminology with expertise in criminal behavior and victimology. His wife Kaitlyn is the consummate professional psychologist, successful in her own right and both supportive and loving. And when they are together, life appears healthy and happy.

Unfortunately all is not happy at work for Dr. Keller when he learns about some of his colleagues and their involvement in both a murder and a coverup. The intrigue begins after one of his students is murdered. The crime takes place shortly after her visit to Dr. Keller, inevitably drawing him into a web of conspiracy.

As the murders continue and Dr. Keller becomes an unwitting target, he is ready and willing to both investigate and commit murder himself.

While the murders are taking place and suspense is building, runners in the marathon—including Dr. Keller—are both training and competing. While the roar of the crowd continues, both prey and predator are battling to the death . . . literally and figuratively.

Although the story idea delineated in Resolve is an intriguing one, the execution of the plot is uneven and sometimes confusing. First, because there are so many antagonists whose characters are not fully developed and whose motives are not always clear. Consequently it’s sometimes difficult to tell who the bad guys really are and who did what to whom.

Second, and even more important, is that the transitions from the actual marathon and the execution of the murders are sometimes uneven. The two plots intertwine in such a way that a reader could get lost in the web of either or both.

Though mystery aficionados may find this book a unique and tantalizing idea, in the end the uneven execution of the plot prevents Resolve from achieving its full potential.