Profiling: The Psychology of Catching Killers 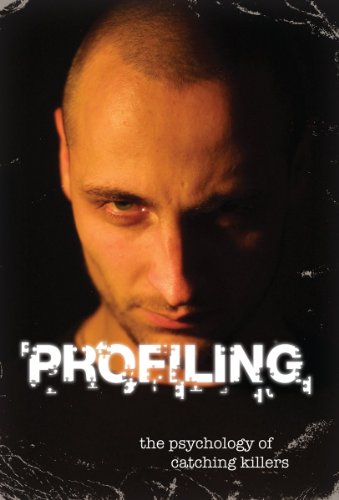 In a crime investigation, a police detective usually asks, “Who had the means, motive, and the opportunity to commit this crime?” In the book Profiling: The Psychology of Catching Killers, author David Owen displays a consummate grasp of the difficult pieces of the jigsaw puzzle necessary to solve a violent crime.

Mr. Owen is both intuitive and extraordinarily knowledgeable in his ability to answer the most frequently asked questions and concerns about the methodology used by the best professionals in the art of criminal profiling.

There are many fascinating aspects explored in Profiling: The Psychology of Catching Killers, but the information never overwhelms—though it may disgust and horrify. The specific details of cases of yesteryear and issues facing profilers then and now are presented in logical sequence, making this book highly digestible for laypersons with an interest in forensic matters, law enforcement professionals, and true crime aficionados.

What differentiates the real-life techniques employed by the professional profiler from the dramas on such television shows such as “CSI,” “Law and Order,” and the like, is the daily, painstaking, behind-the-scenes steps law enforcement must take working hand-in-hand with the profiling experts.

To add spice and deepen understanding with real-life examples, Mr. Owen carefully gives readers a close-up into gruesome details in the investigations of some of the most infamous serial killers such as Jeffrey Dahmer, Ted Bundy, and Jack the Ripper (whom Owen refers to as “arguably the most famous serial killer never to be caught”).

The superlative scope of this book delves deeply into lesser known yet equally complex and fascinating violent crimes that span myriad continents as well as centuries, to give the reader insight into both the criminal mind and the profilers who desperately yearn to solve heinous crimes.

Lesser known cases featuring criminals such as “The Baton Rouge Killer,” the “Hunter-Killer,” and “The Green Chain Killer” (all committing their crimes in London from the late 1980s–1990s) are used to educate the reader about various aspects of the methodology behind building a profile, or to explain how and why crimes go unsolved. The author also uses case studies of crimes where accurate evidence was not provided to profilers or when clues were missed at crime scenes, allowing the serial rapist or serial killer to remain free to violate or kill further victims. Some of these cases of torture and mayhem are very difficult to comprehend and absorb since even a reader familiar with the subject will find some of the gruesome details over the top.

Author David Owen’s extensive research includes a bibliography with some of the best known profilers including Robert Ressler, Ann Burgess, and John E. Douglas, the thoroughness of which demonstrates the breadth of his knowledge.

The writing style is clear and succinct, providing just enough detail of a cornucopia of crimes, then adding drama to the text with crime scene photos, images of weapons used, and maps of actual crime arenas and roads traveled by the perpetrators.

While the reader is left with a feeling of having completed a course in profiling and/or forensic psychology, the information and the way it is presented captures the reader from the first few pages of the book—and doesn’t let go until the final words.