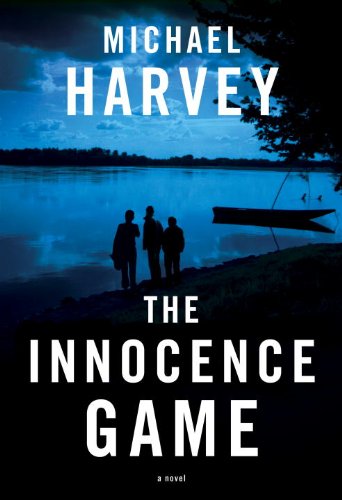 What does the discovery of a mysterious envelope, a bloody piece of material, and a murder conviction in a decades old case, have in common? If someone could assemble the proper components of this Rubik’s Cube, they would solve the mystery that is The Innocence Game.

The secrets of The Innocence Game begin to unravel within a classroom inside the prestigious Medhill School of Journalism at Northwestern University in Chicago. Three particularly bright students are invited to participate in an unusual graduate seminar that reopens and investigates cold cases where there exists the potential of a wrongful conviction.

Ian, Jake, and Sarah are the chosen student triad serving as the truth seekers in these mysterious cases. Their illustrious professor Judy Zombrowski is a Pulitzer Prize winner who prefers to be referred to simply as “Z.”

The success of the project is evident in myriad overturned wrongful convictions for inmates on death row. The three idealistic student participants are committed to righting potential wrongs within the Chicago justice system, one with a history of corruption.

But none of these bright minds have any clue about horrors that are in store for them as they pursue the truth. Professor Z has several handpicked cases for the students to work on but Jake has a particular case he brings to the table for consideration.

The twists and shocking facts that emerge in this case will mystify most readers as they try to assimilate the true darkness that exists within the higher echelons of those who are sworn “to protect and serve” the citizens of Chicago. One begins to wonder whether the good guys are really the bad guys or vice versa. At times the depth of this web of deceit is very unnerving, to say the least. Almost nothing is as it appears.

Sorting out the truth and the relationships between characters in The Innocence Game is often a difficult task for the average reader. But one cannot deny the desire to keep reading until the very end.

Those readers who are knowledgeable about this type of project may be reminded of the real-life Innocence Project cofounded by two famous lawyers from the O. J. Simpson “Dream Team” for the defense. Barry Scheck and Peter Neufield began the project to help exonerate wrongfully convicted inmates through the use of DNA.

The concept of author Harvey’s The Innocence Game is both intriguing and quite original. He weaves a web of deceit that involves a twisted sense of power by a group of despicable officials. Many of the ingredients necessary for a great read are present.

Yet the execution of the plot is uneven, bordering on convoluted at various points. The characters, though interesting, are not fully developed to the point that a reader becomes fully invested in them nor cares about their fates.

Although the aforementioned flaws exist, many mystery lovers will still find a story worth pursuing. The Innocence Game definitely has the potential of holding the attention of ardent fans of this genre.