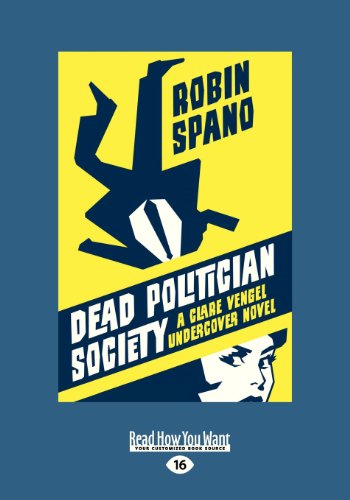 “As a whodunit, the prevailing concept underlying Death Plays Poker: A Clare Vengel Undercover Novel is an interesting one. There are, however, several limitations that prevent it from achieving status of a page-turner.”

Death Plays Poker: A Clare Vengel Undercover Novel is set in some of the most majestic cities in Canada, but as the plot slowly unfolds, there is little beauty remaining in these locales. Amidst the backdrop of world-class poker tournaments with a colorful cast of characters, various players and others are being choked in their hotel rooms by a mysterious stranger. Or is the “Poker Choker” one of their fellow players?

As the murders continue, both the FBI and the Royal Canadian Mounted Police are each given their assignments to both catch the killer and break up what appears to be an inside cheating scam led by someone referred to as “The Dealer.” Each member of the various law enforcement agencies are undercover during this operation and very few of them are aware of the existence of the others. Thus everyone is a potential suspect until proven otherwise.

Each of author Spano’s characters are ascribed a set of weaknesses that could get them killed as well as a subset of strengths and instincts to enable them to survive and excel at their work. The genius of this tactic is to allow the characters to have a finely honed intuition about crime as well as attribute a myriad of flaws and human frailties to them—allowing them to err in ways that keep the reader guessing as to their motives and future behaviors. One interesting trait of many of the poker-playing characters is that their relationships tend to dissipate as quickly as they begin. This is after all, a game of risk and chance and few players form deep attachments with each other, i.e. their competition.

One of the most compelling characters is Clare Vengel, a law enforcement neophyte anxious to prove herself to her superiors. She is placed undercover at the Poker Tournament camouflaged as a 23 year old supported by a sizable trust fund. As Tiffany, Clare adeptly moves about the tournament developing the types of relationships she believes will help her solve the string of seemingly senseless murders.

At the same time some of the other featured characters have motives of their own that are not always clear. In fact, there are so many characters in the book that the relationships between them become confusing and sometimes interfere with the plot. Casual dalliances and complexities of relationships among the characters at any given time has one scratching one’s head, wondering who is with whom and more importantly who’s a good guy and who’s a bad one.

As a whodunit, the prevailing concept underlying Death Plays Poker: A Clare Vengel Undercover Novel is an interesting one. There are, however, several limitations that prevent it from achieving status of a page-turner. Besides slow plot development and character confusion, there is a great deal of poker vernacular used in Death Plays Poker. A poker enthusiast would revel in the terminology and types of hands played and maneuvered during the tournament—but those unfamiliar with them could use some schooling.

This is not necessarily critical but it might be a limitation for some readers. After the last paragraph is read and the killer revealed, there is a feeling that the ending is somewhat anticlimactic for there appears to be no clear evidence or reason that it would be that particular person as the culprit in this caper.