Out of the Wreck I Rise: A Literary Companion to Recovery 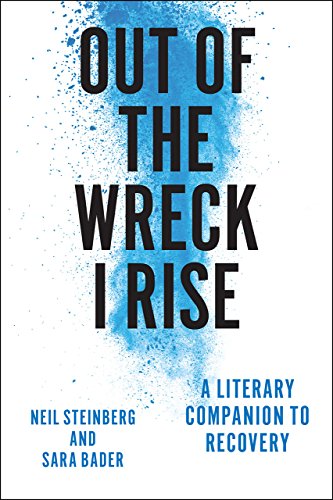 “There was nothing to do but to drink . . . each day became a replica of the day before.”
—Ernest Hemingway, unpublished draft of The Sun Also Rises

“I am a little drunk—the pain is dulled a little. There is nothing.”
—Tennessee Williams, Notebooks, August 1940

These quotes from two literary giants are powerful testaments not only to the ubiquity of alcoholism in our society but also to the inability of those afflicted by the addiction to cope with it. The powerful sentiments expressed therein may be their most cogent while describing their agonizing battle with alcoholism.

One of the predictable outcomes of the obsession with alcohol is that it decimates the lives of creative titans or anyone else who is seduced by its alluring flame. Out of The Wreck I Rise: A Literary Companion to Recovery provides a new paradigm that uses the magic of poetry and a symphony of revered literature to encourage and uplift those who struggle on the path to recovery.

The National Institute on Alcohol Abuse and Alcoholism states that “1 in every 12 adults in the U.S. are alcoholics or have a dependence on alcohol.” Additionally, a 2012 study found that “more than 10 percent of U.S. children live with a parent with alcohol problems.” The suffering that is intrinsic to this disease is immeasurable in terms of broken relationships and financial or legal chaos. Equally important is the concomitant physical and emotional havoc visited upon both the sufferer and family members.

Many Americans have some knowledge about alcoholism, but stereotypes and stigmas still remain. One common but incorrect assumption is that alcoholics are often “skid row types,” which couldn’t be further from the truth. A plethora of literature including some read in 12-step meetings state that “less than 5 percent are living on skid row.” With these powerful stigmas, it is not difficult to understand why alcoholics and their family members minimize the extent of the distress within the household. Keeping the secret becomes tantamount in alcoholic families.

One of the major problems that people seeking help encounter is that in their desperation to find a palatable solution they can easily be overwhelmed and lost in the morass of confusing information. The research on alcoholism in journals and medical texts is lengthy; however, the average person may find the statistics dry and impersonal.

But this is not the case in the new book Out of The Wreck I Rise: A Literary Companion To Recovery. This literary companion, as the authors refer to it, is a powerful tool that can facilitate healing by demonstrating to readers that they are not alone in their quest for recovery. One of the primary tenets of Alcoholics Anonymous is one that lets people know they are never alone in the journey, and the support of one alcoholic to another and the camaraderie that results forms the basis of success.

In this highly unique book, authors Steinberg and Bader have collected a vivid and accessible panoply of literary and philosophical wisdom that is singular in the field of contemporary self-help. Their impeccable research and exploration of a new paradigm provides the reader both an intellectual and emotional approach to the enduring struggle with addiction that has existed for centuries.

But this is not a book solely for the intellectual. The well-chosen quotations that are the core of the book express the deep longings and suffering of people from all walks of life. Thus it would be a welcome addition for anyone with an addiction and/or their families.