The Heart and Other Monsters: A Memoir 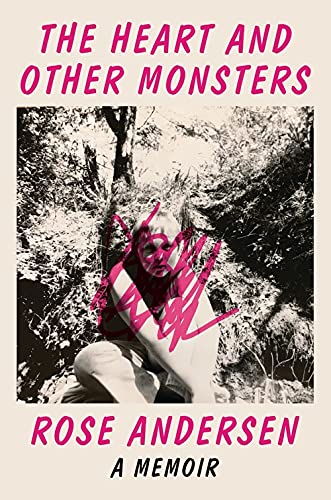 “She ties it tight. It takes a while to find a vein. She can’t use her arms anymore, her veins have collapsed. But at the back of the knee, she still has one that lights up for her. It glows blue in the gray of early morning. She places the tip of the needle at the pulsing, simmering center of the vein and slides it in. She is desperate, this close to the rush, but takes the time to pull the plunger back a little to make sure she has hit blood. For a second, the swirling red and white reminds her of cherry blossoms.”

The voice speaking above serves as a narrator throughout her sister’s ghastly descent into the hellacious pit of drug addiction is that of author Rose Andersen. The Hearts and Other Monsters is quite like a diary with each successive journal entry becoming increasingly more macabre as sister Sarah’s journey into darkness becomes ever more pronounced.

Most people become addicted to opioids as a result of a legitimate prescription from a doctor for pain. A concomitant reaction to the drug as it binds to receptors in the body is to produce a “sense of well-being or euphoria.”

No eventual addict desires to become a hopeless passenger on the road to despair when they take that first pill or shot. But the statistics don’t lie about the dangers of opioids as explained by Andersen in her statement, “About 80% of people who use heroin begin by first abusing prescription opioids.” Further, according to the NIH (The National Institute of Health) 2018 data shows that every day, 128 people in the United States die after overdosing on opioids

In the chapter entitled Opioids 101, Sarah describes to her sister that “the original point was to feel good. And then it became about not feeling bad, about avoiding the pain of withdrawal and the deep unending depression that took over when she tried to get clean.”

In this day and age, most people have some awareness that there is an opioid crisis but know little about the complex bodily processes involved in the ubiquitous amount of death and destruction to families. Unless someone is personally going through, it is extremely difficult to imagine the foreboding of dark layers of nimbostratus clouds that mask the sun in the midst of an all- encompassing crisis such as this one.

To achieve the optimal setting for a successful outcome for recovery, the most successful treatment modalities galvanize the entire family system to support the efforts of the addict to begin to heal a fractured body and psyche.

The Andersen family was not quite up to the task of presenting a united front to support Sarah. As an example, Andersen describes her father as a man who “cheated, lied and stole” but “when he focused his attention on you, it felt like the most brilliant, warm light.”

Unfortunately for Sarah Andersen, even though author and sister Rose had ultimately been successful in her own road to sobriety, it was still difficult to admit that it wasn’t enough to want recovery for Sarah. Nothing is more accurate than the statement Rose makes that, “An addict has to be ready to get clean, want to do the work of sobriety, want to feel again.”

The Heart and Other Monsters is one of the rare books in the marketplace that is both written by a recovering addict as well as being the person who bore witness to the downward spiral of addiction and ultimate death of her closest family member. As much personal experience Andersen had with the degradation and destruction of substance abuse, she was forced to stand by helplessly when it came to saving her own sister. Unfortunately, this is the plight of many who love an addict or alcoholic.

Laura Schultz is a freelance writer and has been a licensed Marriage and Family Therapist for over 25 years specializing in addiction and family systems. For several years, she worked in a residential treatment center for alcohol and drug addiction. In addition she has published articles on eating disorders, myriad other addictions, depression, and anxiety.