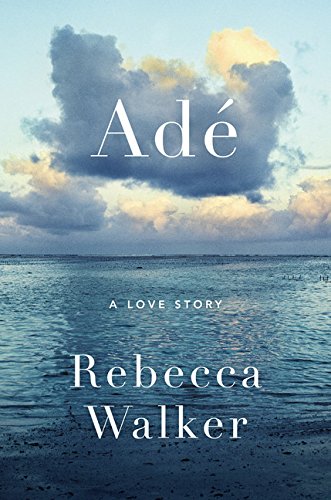 “This novel may be short in length . . . but it is definitely not short on style.”

“Do you remember those days at the end of the world? The way you peeled me open each night, unwrapping my sarongs, my brightly covered scarves one at a time before sleeping, as the flames of the white candle we kept by the bed flickered hungrily.”

The above quote from page one of Adé: A Love Story is but a small portion of the not so faded memory that was forged from the bonds of a powerful love affair. It was the kind of love that transcended the cultures and norms of several continents.

The story of two lovers Farida (an American romantic) and Ade (a Swahili Muslim) encompasses a journey around the globe that ignites both a physical and emotional transformation for both of them. Within their private world, love and intimacy grows stronger day by day.

It appears inevitable that the main characters Farida and Ade will forge a bond that could never be broken; however, strife and chaos begins to surround what was once their private paradise on an island off the coast of Kenya. This enveloping chaos greatly impacts the future path of their relationship.

Prior to meeting Adé a somewhat restless Farida decides to pursue a traveling adventure with her girlfriend Miriam. The two girlfriends had gone on trips together in the past, but this new plan involves a year or two of immersing themselves in another culture.

Their first destination is Cairo. Though the language and customs are far different than those they are used to, there arises an instantaneous feeling of comfort with the people of Egypt. Swimming in the Nile serves as an initiation rite for the two women who become entwined in this new and fascinating world.

In Egypt, Farida was stared at wherever she went as people tried to figure out who she was and why she was there. But almost immediately she began to appreciate and respect the people and their customs.

The next leg of their journey included a trip to Nairobi, Kenya. This portion of Africa was mesmerizing for Miriam and Farida. Quickly overwhelmed by the chaos of the city, they ventured to a tiny coastal village called Lamu. It is here that the love story between Adé and Farida begins.

Shortly after they met, Ade and Farida exchanged pleasantries and spent some time getting comfortable with each other. Farida stated that “he radiated an honesty that was unfamiliar, a blend of humility and self-awareness, confidence and modesty all at once and when he turned to face me, I gasped a little at his unselfconscious beauty.”

But entering this world of strange customs and beliefs presented various challenges for Farida. For example, wearing a headscarf to be “covered up” was a custom that was uncomfortable at best. Women who covered themselves were considered to be respectable and it was considered wrong for them to be with one who didn’t. These traditions are obeyed at all costs.

Marriage between Adé and Farida would prove to be a challenge for both of them even though their love was life affirming and joyous. But will their love survive the challenges they will encounter on the journey to potential wedded bliss?

Adé: A Love Story is not the stereotypical love story where boy meets girl and they live happily ever after. Because it is not a formulaic tale, a reader might better appreciate both the story and the characters. This novel may be short in length (at just over 100 pages) but it is definitely not short on style. Author Rebecca Walker provides the reader a vivid, in-depth plot that will not soon be forgotten.