All Day and a Night: A Novel of Suspense (Ellie Hatcher) 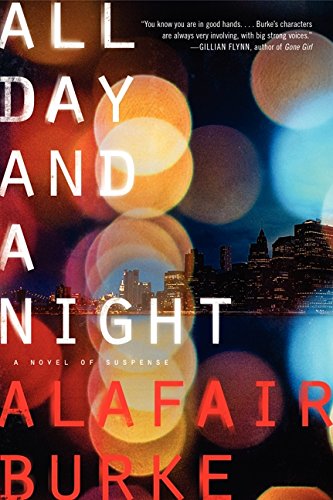 “For all the pluses of this book in terms of the delineation of the complexities of an investigation from start to finish and the twists and turns of a murder case, there is one major drawback that prevents it from being a teeth clenching read: There is a lack of tension and excitement that one would expect in a thriller. Lukewarm.”

Amidst the energetic life force of New York City where a daily hustle and bustle lifestyle is the norm there lurks a darker force hiding in close proximity to the citizenry. Though violent crime is no surprise to Detectives of the NYPD or the citizens of New York, occasionally one occurs that is so horrific, even seasoned law enforcement officials become greatly disturbed by its nature.

A well respected psychotherapist suffers a violent death while in her office. She was not merely murdered but also tortured after she was killed. Broken bones induced post mortem seem eerily similar to those committed by a serial killer who is currently incarcerated for life.

That alleged killer, Anthony Amaro, is appealing his case claiming that he is an innocent victim and did not have anything to do with the six previous similar murders that were committed years ago. His victims had been prostitutes, and his killing ground had previously been upstate New York but now allegedly includes the psychotherapist Helen Brunswick.

As the main characters are introduced into the storyline, suspense slowly builds. Carrie Blank is not only a highly respected lawyer in Manhattan, but she has a very personal stake in the outcome of the deadly crimes allegedly committed by Anthony Alfaro. One of the murders charged to Mr. Amaro is that of Carrie’s older sister, Donna. Thus her commitment to the investigation becomes personal as she must dig up her sister’s past mistakes.

Invited by a renowned attorney named Linda Moreland to join the team to reinvestigate the crimes and go one step further: to examine the possibility of Alfaro’s innocence, Carrie takes a leave from her job to become not just part of the team, but to totally dedicate her energy to this endeavor.

On the opposing team is a top-notch duo of detectives Ellie Hatcher and her cohort and partner JJ Rogan. Together they are charged with reexamining the evidence gathered in the Amaro investigation and to arrive at a definitive answer to the yet unanswered questions as to his guilt or innocence. Rogan and Hatcher are a formidable duo who work well in tandem with one another’s strengths. But this murder mystery will require heightened instincts and focus to solve. And it is a very complex investigation.

Author Burke’s legal expertise is evident throughout All Day and a Night. As a book about legal complexities and the twists and turns of various cases, it provides insight into the day-to-day details of an investigation; however, as a mystery/thriller the pace is inordinately measured and lackluster.

Not until approximately page 100 does the plot engage the reader in a manner to keep one yearning for the next page. In addition, at various points the plot becomes confusing, even convoluted and difficult to follow the characters in action.

In some novels, there is a lack of sufficient character development for the reader to decipher a characters intentions, motivations, and actions. The opposite is true in All Day and a Night. The characters’ feelings, backgrounds, and intentions are clear. Yet one might say that they are overwritten with so much detail that the reader might get lost in the trees and not be aware of the forest just within reach.

For all the pluses of this book in terms of the delineation of the complexities of an investigation from start to finish and the twists and turns of a murder case, there is one major drawback that prevents it from being a teeth clenching read: There is a lack of tension and excitement that one would expect in a thriller. Lukewarm.