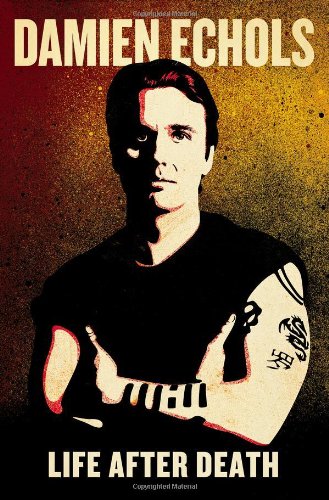 “. . . both disturbing and enlightening.”

“All around me were people who had been abandoned to their fates. No one came to see them or offer encouragement. They are the true living dead. The world moves on and they are forgotten. The thought that I could have easily been one of them fills my heart with terror.” —Damien Echols on Death Row

In this unsettling and sometimes horrifying memoir, Damien Echols recounts his life both through daily journals from his abysmal abode on Death Row to haunting memories of a childhood filled with physical and psychological abuse.

In one particularly difficult childhood incident author Echols describes how his stepfather punched his beloved dog Pepper with a closed fist because she ventured on the bed during his prayer time.

As he struggles to survive a life of abuse, bouncing from mobile homes to shacks in a poverty-stricken area, it is clear how Mr. Echols’ upbringing influenced his view of the world—and of people in general. As a young adolescent, Mr. Echols lived life on the fringes with little positive direction and too much time on his hands.

But nothing could prepare him for the living nightmare he would face for the 18 years he would languish in the claustrophobic atmosphere of a tiny cell.

Mr. Echols and his two co-defendants were wrongly convicted of three murders in Arkansas. While incarcerated, he and his co-defendants survived torture and willful neglect by both guards and other prison officials.

Determined not to become one of the “living dead,” Mr. Echols embarked on a pursuit of both knowledge and insight. He delved deeply into the mystical teachings of Buddhism and other spiritual pathways that lead him to a complete change of attitude toward his ordeal and life in general. He spent every waking moment absorbed in philosophy, poetry and spiritual principles.

Along the way as he pursued the goal of proving his innocence, his case gaining the attention of several renowned celebrities including Johnny Depp, who all became true friends and close allies. And Damien began to have a glimmer of hope that one day he might escape the hell of Death Row.

In addition to the support he was beginning to receive from the outside world, he met and subsequently married Lorri—the love of his life. With her undying devotion and belief in his innocence, he was able to muster real hope for the first time. Lorri dedicated her life to connecting with people who might make a difference in their quest for freedom.

As a result of this relentless pursuit of truth, amazingly all three men were released in 2011. Life for the author is now one surrounded by true friends and a devoted wife.

As a writer, Mr. Echols’ words and descriptive phrases place the reader directly in the midst of the daily horrors of prison life, from the screaming inmates to the eerie silence of despair. It is extremely shocking and frightening to be placed in the midst of a nightmare with seemingly no way out. At times the reader may actually feel claustrophobic bearing witness to the environment on Death Row and the deafening, unheard cries of the condemned.

Life After Death is both disturbing and enlightening. The reader walks away feeling gratified that there is still some justice in an otherwise unjust system where an innocent man could potentially live out his remaining days encased in a tomb of tears. One cannot help but admire the perseverance and determination evident in the author’s struggle. The fact that the ending is a pleasant surprise is the icing on the proverbial cake.