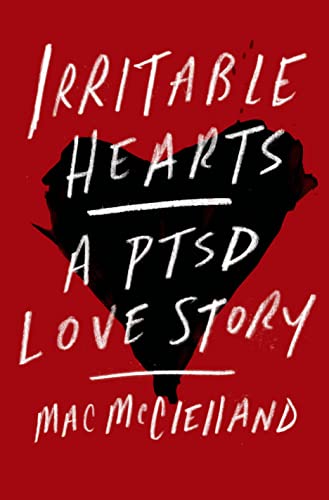 “the message of hope and inspiration has the potential to help millions who are survivors of trauma and the people closest to them.”

This quote is but one small glimpse into the thoughts and feelings that incessantly plagued author Mac McClelland for years. They arose quite suddenly in the midst of her job as a journalist, reporting about sexual violence and other atrocities in the aftermath of the cataclysmic earthquake in Haiti (2010). Almost every conversation she had with victims and aid workers her first days there revolved around the horror and unimaginable terror of rape survivors.

After personally bearing witness to the physical and psychological wounds of countless women and children, her own mind and body began to unravel. In short order, she became engulfed in a living hell, an emotional Armageddon that would change her life forever.

Like many people who experience a trauma that permeates one’s center with a constant sense of imminent danger, McClelland’s waking hours were intolerable and sleep was equally as painful, consisting of violent and vivid nightmares.  She stated “In bed at night, I listened for every sound. Each one hit my eardrums like a knife, painful and startling and sharp, my eyes so wide open my face ached. Whenever I dozed, I woke up fast, wet and heart racing, from nightmares that someone had got in, or had grabbed me there on the mattress.”

Little did she know at the time that millions of other people had and were currently living with similar feelings of abject terror. Similar to those who had experienced this relentless bombardment of uncontrollable fear and dread, a natural response was to avoid the feelings at any cost. And like many in this predicament, she began self-medicating.

This ultimately harmful coping mechanism consisted of staying inebriated and watching endless hours of television with the hope of drowning out the haunting nature of what had become her life 24/7. Even her sexual fantasies involved violence. At one point she recalled, “I fantasized incessantly about having sex at gunpoint.” There was no place left that felt safe.

Finally diagnosed with PTSD (Post Traumatic Stress Disorder), her downward spiral was finally explicable. Previously, she assumed as the average person did, that veterans were the only victims of this diagnosis as they continually re-lived the trauma of war.

She methodically researched every aspect of PTSD and talked to a multitude of others living with the illness. It was quite a surprise to uncover the widespread extent of this horror not just for veterans but a huge number of victims of other traumas such as child abuse and death. She also began to learn that family members in close proximity to those who were directly affected with PTSD often developed what is referred to as Secondary Traumatic Stress Disorder (STSD).  And they, too, have been afflicted with parallel psychological, behavioral, and somatic symptoms.

The road to recovery meticulously documented in Irritable Hearts: A PTSD Love Story, adeptly engulfs the reader by heightening the senses, eliciting feelings of empathy both for her and others in similar predicaments. Unlike many others who suffer in agony and silence, the heroine of this magnificent memoir is diagnosed and treated by competent and compassionate therapists. They slowly help her to achieve her goal of feeling safe again and comfortable in her own skin.

A critical factor in McClelland’s desire for recovery was the unconditional love and support from a man who would ultimately become her husband. She met Nico while in Haiti and quickly began to feel a sense of safety and comfort with him. Although they were separated for long periods of time due to his commitment as a French soldier, their love grew as they shared their hopes and vulnerabilities with each other via long chats on Skype and intermittent visits.

Irritable Hearts: A PTSD Love Story is an incomparable combination of impeccable research, highly developed journalistic skills and most importantly a transformational and inspiring story of courage.

The breadth and depth of the PTSD nightmare addressed in this memoir may be frightening for some readers; however, the message of hope and inspiration has the potential to help millions who are survivors of trauma and the people closest to them.

This exquisitely written memoir sets itself apart from the plethora of others for several reasons. Irritable Hearts: A PTSD Love Story is unique in that the author vividly relives her personal nightmare for the reader in a manner that maximizes its impact.

Additionally she demonstrates great personal passion, knowledge, and psychological awareness of the PTSD experience. All of these abilities blend in synergistically with a unique journalistic style of reporting from the heart that greatly surpasses the display of intellectual facts and figures that are recounted almost dispassionately in other books of this genre.

This memoir could be used as a textbook for students of psychology, social work, and the like, as well as employees of the Veterans Administration and other medical milieus.

Irritable Hearts: A PTSD Love Story would serve as an excellent compendium to elevate awareness and knowledge about an illness that carries with it a powerful stigma as a result of misinformation and lack of access to effective treatment.