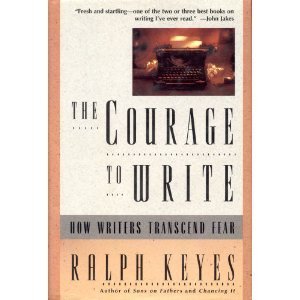 At first glance this book appears to be intended only for writers. However, its message transcends writing and applies to almost any endeavor. For anyone who has wrestled in the dark with their deepest anxieties (and who hasn’t?) there is much to be gleaned within the pages of this work. For example, Keyes mentions the notable Rollo May who stated that “existential philosophers such as Kierkegaard, Nietzsche and Sartre all concurred that courage didn’t mean the absence of despair; rather it meant the capacity to move ahead in spite of despair.” The message of moving ahead despite feelings of despair is almost a universal one in contemporary self-help books such as the classic Feel the Fear . . . And Do It Anyway (Jeffers, 2006) and others like it.  Fear is a common issue that people struggle with, which is why this book might appeal to a wide audience of readers.The book also deals with the various types of fears that may concern different types of writers. Those that share their personal stories or write memoirs experience a unique set of fears.  In a chapter entitled “Will Everyone See Through Me?” Keyes provides poignant stories from the lives of famous writers in which they were rejected by family or close friends because they exposed their family secrets in their books that embarrassed those closest to them. These painful experiences led to a fear of scrutiny and an experience of feeling naked when others read their words. A particularly pertinent example was that of Pat Conroy who, after publishing The Great Santini was totally rejected by his parents and other relatives. Horrified by his exposing the family skeletons, they never spoke to him again. This traumatic experience led Conroy into therapy.This book is a rare gem for people on the cusp of writing and seasoned writers, as well as anyone who is struggling with fear they can’t seem to resolve. It is a tribute to those few who have mastered their fears and a map for the many who are still searching for an answer to overcoming them.