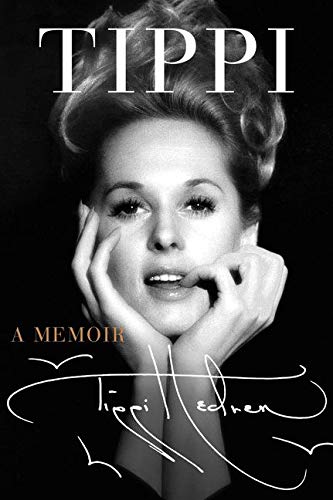 “I believe life happens and you soldier through the worst of it with your head held high and give thanks to God for the rest of it.”

This quote is representative of the multidirectional life of Tippi Hedren, who takes each moment as it comes and accepts her journey with all its unexpected twists and turns. This memoir is a rich slice of the sumptuous feast that encompasses the complexities and nuances of a life well lived.

Widely known as a critically acclaimed actress and humanitarian, Tippi Hedren’s latest venture is an intriguing, contemplative, and philosophical memoir. The book adeptly chronicles her evolution from a shy girl to an empowered woman to one who now in her eighties is content and at peace with her life choices.

Hedren is a seminal part of film history that was effectuated amid the backdrop of Hollywood’s era of glamour. She was the personification of glamour, grace, and style. But that would be a simplistic description of this compelling woman.

What is immediately evident in the first chapter of her book is that Tippi: A Memoir has a unique quality and tone that is unrivaled in other celebrity memoirs. Hedren speaks in a gentle rhythm to the reader with an unvarnished vulnerability that engenders a sense of camaraderie with her life experience as both a savvy career woman and loving mother who overcame challenges and celebrated her triumphs.

The reader of Tippi: A Memoir is immediately impressed with the love and compassion that emanates from her toward people and animals of all breeds. Her charisma and passion for causes that speak to her heart drew people to her like the proverbial magnet, and they eagerly offered their assistance. And her loyalty toward those she worked with both in film and nonprofit endeavors engendered reciprocal loyalty.

As an ingénue her determination, talent, beauty, and some luck (which could also be viewed as synchronistic events) catapulted her into the spotlight. Few could have foreseen the fame she achieved. But having been raised in a small town in Minnesota by loving and supportive parents during the Depression when resources were limited, she was taught self-discipline and perseverance that would serve her well throughout life.

From early childhood, she knew her own mind. One example of this surrounded the origin of the name “Tippi,” which was not her birth name. As she states, “My parents named me Natalie Kay, but from the very beginning my daddy called me Tippi, a nickname for the Swedish word rupsa, which means little girl or little sweetheart. It made me feel very special when he called me Tippi and I chose it over Natalie as soon as I was old enough to talk.”

At a very young age, a woman approached her with an offer to model for a department store, and she absolutely loved the work. After all she had the opportunity to wear beautiful clothes and the money to spend on whatever her heart desired. It was the chance of a lifetime for her. But to her surprise, after sending her portfolio to the best modeling agency in New York, she got a call from Eileen Ford the legendary co-founder of the internationally known and most respected modeling agency in the world. Through her modeling she developed an even greater sense of grace and self-esteem.

Hedren speaks to the reader by sharing how her dreams came true by stating, “Looking back, I’m as amazed as you might be at the incredible Cinderella pattern of my life. Opportunities I hadn’t dreamed of or even thought about were handed to me on a silver platter, landed right in my lap out of nowhere . . .”

This statement was never more profound than her initial meeting with the iconic film director Alfred Hitchcock who saw her in a TV commercial and wanted to place her under exclusive contract with him. Although she hadn’t thought of acting, here was another opportunity of a lifetime. She was dumbfounded. And soon she made her celluloid debut as the star in the highly acclaimed film The Birds. The movie was a technically brilliant film that simultaneously thrilled and frightened audiences.

Hedren’s professional relationship was a complex one, to say the least.  As she describes him, “Alfred Hitchcock, a man I look back on with admiration, gratitude and utter disgust. Despite his efforts to thwart my career, I went on to act in more than eighty film and television shows.” Despite her fame and another starring role in another shocking film Marnie with “Hitch” (his nickname) as director, she was always conflicted while working with him.

Hitchcock developed a macabre obsession with Tippi, and by her account (without relaying all the details) what she endured was nothing short of psychological torture and what would be referred to today as sexual harassment.

With her dignity intact Hedren reveals her real raisons d'être are her daughter Melanie Griffith and granddaughter, Dakota Johnson, who are actors in their own right. Her secondary love which gives her a great deal of comfort is her sanctuary outside of Los Angeles called Shambala that houses large cats such as tigers and lions and other species such as elephants.

There is so much more to recount of the treasure trove of memories that are shared with fortunate readers of Tippi: A Memoir. It feels like Hedren has lived four lifetimes from acting and modeling to worldwide humanitarian and animal rights activist and finally a devoted mother and grandmother. This is but the short version of her magnificent life of love, strength, and contributions to humankind.

Laura Schultz is a licensed psychotherapist (LMFT) and freelance writer. With an interest in film she researched and wrote a column entitled Media Trends that focused on various genres and aspects of film and television. She has also written film reviews for tvandfilmreview.com