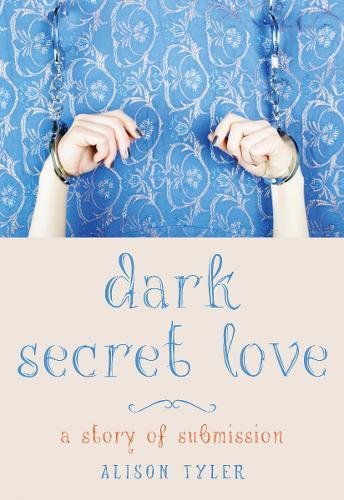 “This sometimes unfathomable realm takes place in darkened bedrooms and dimly lit clubs throughout the world.”

“Like magic, he suddenly had some thin little switch in his hand, and before I could breathe, before I could beg, he was using it on me, on the underside of my ass, the tops of my thighs. The pain cut me, cut through me. He worked with finesse, slicing that mean implement to the right or the left before landing a perfect blow that made me cry out.”

At first blush, the above quote from Dark, Secret Love might appear to be a paragraph out of a grisly story about torture and mayhem; however, the reader quickly realizes he/she is being introduced to a world that may be unfamiliar but is practiced by a growing number of people.

This sometimes unfathomable realm takes place in darkened bedrooms and dimly lit clubs throughout the world.

In the introduction, author Tyler states, “I’ve got this desire to confess. To share my cravings.” It becomes abundantly clear that Dark, Secret Love is derived from the personal longings and desires from the author’s colorful palette of sexual experiences. According to Ms. Tyler, “Normal sex was never enough for me.”

Ms. Tyler’s cravings in the sexual arena were not satisfied by gentle touch or soft, romantic settings. Her desires were only quenched by being submissive and allowing the man she was with to totally dominate her.

Though there is definitely an audience for Dark, Secret Love this book will probably not be known for its brilliant plot or complex character development. It is a glimpse into the world of bondage and aficionados of this lifestyle will thoroughly enjoy each scene and relate to those feelings of either dominating or being controlled.

There are several categories of readers that may find the content and practices in Dark, Secret Love to be distasteful. The first group is comprised of people whose moral/religious compass does not allow for the acceptance of alternative lifestyles in this arena. The second group consists of feminists who may object to women occupying what is viewed as a subservient position even if it consists of role playing.