Brooklyn Zoo: The Education of a Psychotherapist 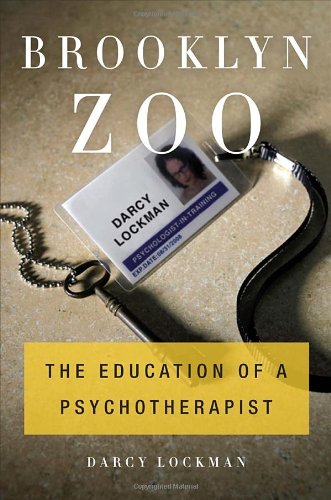 “Brooklyn Zoo would be interesting to many clinicians, especially those first starting their careers; however, it may not be the most inspiring book in the memoir genre for the average reader.”

On rounds one day at Kings County Hospital in Brooklyn, Dr. Singer asked, “Do you know this old psychiatry joke?”

Dr. Singer is but one of the players in the ongoing saga of what transpires within the walls of Kings County Hospital located in a poverty ridden area of New York. The notorious G Building that houses the behavioral department is drastically lacking in resources, and competent and dedicated clinicians, and is replete with burned-out staff.

Shocking statements from physicians and psychiatrists include insensitive and irrational remarks to a psychotic patient such as “You’re not making any sense.” One might be horrified to hear comments like these, hoping against hope that they are rare in a mental hospital. Unfortunately, the opposite is true.

After earning her graduate degree in psychology, Dr. Lockman chose to serve her internship at Kings County; her rotations included some of the most intense wards at Kings County as well as a court clinic assessing competency cases. Her interactions with clinical supervisors are a lesson in both patience and handling criticism. There existed very little patience and a barrage of criticism during Lockman’s various rotations.

It’s natural to assume that clinicians would be dealing with difficult patients, a drab environment, and a bureaucratic system within the mental health system. But Kings County had other systemic issues among the staff that according to Dr. Lockman were close to being intolerable.

There exists a hierarchy within the mental health field whereby psychiatrists are assumed to be the most highly credentialed in the field and as such, they assume that psychologists and social workers are not as qualified to treat patients. The deference they expected at Kings County was at the very least discounting to the other clinicians.

Further, their belief in the medical model, i.e. dispensing medication, as the best solution seemed antithetical to the “talk therapy” and communication skills that interns were ready and able to provide to the patients. Thus, not only were the interns shortchanged in the area of supervision but their contributions were limited in scope as well.

In some ways, Brooklyn Zoo is quite a frustrating experience. A reader could get very depressed absorbing the futility surrounding Dr. Lockman’s experience as an intern. After all isn’t the experience as an intern ideally supposed to be an environment where one both learns and contributes—a reflection of future aims and aspirations?

In addition, Brooklyn Zoo reads somewhat like a daily journal of repetitive events, which periodically makes it difficult to slog through. As a memoir, Brooklyn Zoo is an accurate portrayal of what occurs behind closed doors in a mental hospital with patients that are extremely challenging to help. And the behavior of staff toward one another (and sometimes staff behavior toward patients) makes this difficult working environment that much more painful to absorb.

Brooklyn Zoo would be interesting to many clinicians, especially those first starting their careers; however, it may not be the most inspiring book in the memoir genre for the average reader.

Laura Schultz is a freelance writer and has been a licensed Marriage and Family Therapist for over 25 years. She has published articles on eating disorders, depression attaining joy, as well as health related topics such as allergies and vegan living.