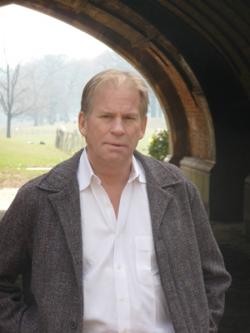 David Rosen is a writer and business-development consultant. As a writer, he critically explores American history, public policy, media technology, and sexuality. He is the author of three books and, since 2006, has published nearly 200 articles in a wide variety of outlets.  Professionally, he served on the management teams taking public two media-tech startups and been a consultant to many for-profit companies, nonprofit organizations, and independent entrepreneurs and media makers.

In addition, Mr. Rosen was convener and executive producer of “Digital Independence: A Forum on Creativity, Technology and Democracy,” a multiyear conference supported by the Ford and Rockefeller Foundations, among others.

He served on the boards of directors of the Independent Television Service (ITVS/PBS, Treasurer), Film Arts Foundation, National Video Resources, MoMA Video Collection. He was a featured presenter at MIT’s 2013 Media-in-Transition conference, addressing the opening plenary panel, “Oversharing,” on digital media and privacy, and presented a talk, “Sexting & the Pornographic Imagination.”

Off-Hollywood: The Making and Marketing of Independent Films

Julian Assange In His Own Words

“‘It doesn’t suit the Western establishment narrative that, yes, the West has political prisoners. It’s a reality, it’s not just me . . . .’”
—Julian Assange

Madam: The Biography of Polly Adler, Icon of the Jazz Age

“Applegate’s well written and exhaustively researched biography of Polly Adler offers unique insight into a remarkable immigrant as well as the Roaring ’20s.”

America on Fire: The Untold History of Police Violence and Black Rebellion Since the 1960s

“‘what were long assumed to be urban Black ‘riots’ were, in fact, rebellions—political acts carried out in response to an unjust and repressive society.’”

The Kidnapping Club: Wall Street, Slavery, and Resistance on the Eve of the Civil War

the city was the capital of the Southern slave economy.”

White Fright: The Sexual Panic at the Heart of America's Racist History

“chronicles the century-long struggle following the Civil War by Black Americans and other people of color for true civil and social rights, particularly the right to engage in interracial—

The Riches of This Land: The Untold, True Story of America's Middle Class

“The book is a lamentation on the fate of the post-World War II American Dream.”

In Defense of Looting: A Riotous History of Uncivil Action

“In Defense of Looting is a reflection on violence as a form of social protest that can lead to social change.”

Clean: The New Science of Skin

“The book’s underlying thesis is simple: The skin is a living, permeable ‘dynamic interface,’ ‘a complex, diverse ecosystem.’”

What We Don't Talk About When We Talk About #MeToo: Essays on Sex, Authority and the Mess of Life

Over the last generation, sex has been mainstreamed into a multi-billion-dollar industry yet remains a war zone of fear and scandal.

The Power Worshippers: Inside the Dangerous Rise of Religious Nationalism

“‘The rise of the religious right should be cause for alarm among all who care about the future of democracy in America.’”

“Donald Trump appears to conceive politics like business and sex—a combat zone contesting personal power, with winning the only pleasure.”

“The radicals in Holly Jackson’s informative book speak not only with truth and passion but with a vision of a different, better America.”

The End of Roe v. Wade: Inside the Right's Plan to Destroy Legal Abortion

“Robin Marty and Jessica Mason Pieklo make clear that the likely end of Roe v Wade is at hand and involved more than the end of Roe.”

We're Still Here: Pain and Politics in the Heart of America

“Jennifer Silva serves as much as an academic scholar as a personal therapist, and a reader has to ask how she could endure the endless suffering experienced by her all-too-honest subjects.

Kochland: The Secret History of Koch Industries and Corporate Power in America

“If you want a crash course in the evolution of postmodern capitalism over the last five decades read Kochland.”

Indecent Advances: A Hidden History of True Crime and Prejudice Before Stonewall

“Polchin has collected innumerable long-lost newspaper stories of anonymous sex crimes involving gay men and, through careful analysis, given them historical and political

“Is a baby a commodity? Is pregnancy and childbirth work? Is raising a child a job?”

After the Rise and Stall of American Feminism: Taking Back a Revolution

“Chancer’s study is well-intentioned and well-argued, but does it answer the fundamental challenge it poses: Is it possible to ‘take back a revolution’?”

Fault Lines: A History of the United States Since 1974

Handbook for a Post-Roe America

“Marty’s Handbook for a Post-Roe America is all the more important.”

Everything for Everyone: The Radical Tradition That Is Shaping the Next Economy

“‘Who owns the engines of the economy, and how are they governed?’”

“A copy of Peter Phillips’ Giants: The Global Power Elite should be in everyone’s book case, like a good dictionary or atlas.”

"Some stories are better than the books written about them and, sadly, this is one of them."

The Value of Everything: Making and Taking in the Global Ecoonmy

What is “value”? How is it established? And how has its meaning changed over time?

The Trials of Nina McCall: Sex, Surveillance, and the Decades-Long Government Plan to Imprison "Promiscuous" Women

“Stern offers an invaluable historical analysis of a nation’s moral order in crisis, one that Americans need to bear in mind as Trump’s war on those seeking asylum in the U.S.

The Most Dangerous Man in America: Timothy Leary, Richard Nixon and the Hunt for the Fugitive King of LSD

This book is a grand rollercoaster ride through a brief but significant moment of U.S. history, one that America will not likely witness again.

“Paul Le Blanc’s October Song reminds readers just how difficult it is to make a revolution, especially one that failed.”

The Girl on the Velvet Swing: Sex, Murder, and Madness at the Dawn of the Twentieth Century

No book could have a more auspicious moment of publication than Simon Baatz’s The Girl on the Velvet Swing.

The Second Coming of the KKK: The Ku Klux Klan of the 1920s and the American Political Tradition

Sex in the Digital Age (Sexualities in Society)

The Naughty Nineties: The Triumph of the American Libido

Yes, the 1990s was oh-so naughty, and David Friend has a grand time telling this romp of a tale in his new book, The Naughty Nineties.

True Sex: The Lives of Trans Men at the Turn of the Twentieth Century

Historians, like archeologists, play an invaluable role uncovering all-but-forgotten people of the past, thus helping provide a better picture of the present.

The Suffragents: How Women Used Men to Get the Vote

“a great resource, but sadly, offers little understanding of how modern 20th century political culture was forged and the role radical women and men played in this critical development.”

The War on Sex

“The book is a roadmap to where the ‘immoral’ crosses the line to the ‘illegal,’ a boundary not fixed, but a terrain of social struggle that shifts over time.”

Sex and the Constitution: Sex, Religion, and Law from America's Origins to the Twenty-First Century

Geoffrey Stone’s Sex and the Constitution: Sex, Religion, and Law from America's Origins to the Twenty-First Century is one of the most importa

Brian Donovan’s newest study, Respectability on Trial: Sex Crimes in New York City, 1900–1918, is an invaluable addition to the ever-growing library of scholarly works on the history of Go

Suspect Freedoms: The Racial and Sexual Politics of Cubanidad in New York, 1823–1957