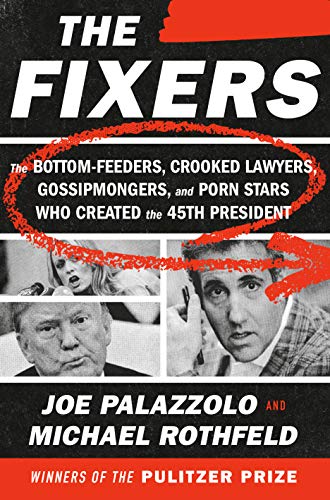 “Donald Trump appears to conceive politics like business and sex—a combat zone contesting personal power, with winning the only pleasure.”

Like a lumbering, retired football lineman, Donald Trump stands 6'3" and weighs 239 pounds, an imposing alpha male. He appears to conceive politics like business and sex—a combat zone contesting personal power, with winning the only pleasure. These terrains of struggle involve both the women he’s courted (willingly, commercially, or otherwise) and the men he’s engaged with (actually or otherwise).

The U.S. House of Representatives impeached President Donald J. Trump on December 19, 2019; and the U.S. Senate is currently adjudicating whether he will be removed from office. The daily media, whether conservative like Fox or liberal like MSNBC, are swamped with the latest breaking news, opinion, and gossip about the trial. And the public is divided, with nearly half in support of impeachment and a solid core of Trump loyalists opposed to any action that would jeopardize his tenure.

The book details how Trump’s personal attorney, Michael Cohen (who is now in prison), paid Daniels $130,000 a month before the 2016 election to keep her quiet about their affair. Sadly, the affair occurred just months after his third wife, Melania Trump, gave birth to their child, Baron. The book also discusses how, when McDougal was about to release her story, the National Enquirer made her an offer she couldn’t refuse, a generous payment of $150,000 for two years’ worth of her fitness columns and magazine covers.

One of the book’s most revealing subplots is Trump’s relationship with David Pecker, the publisher of the National Enquirer. The authors detail how Pecker was long a fierce Trump supporter and used the magazine’s “catch-and-kill” policy to suppress the McDougal story and others that were critical of Trump. He made sure her story wouldn’t be published and blocked her from discussing it with anyone else. The paper played the same “catch-and-kill” con with a former Trump Tower doorman, Dino Sajudin, who claimed to have overheard employees and others say that Trump had fathered a love child with a former employee. To keep the story quiet, Trump—through the National Enquirer—paid him $30,000 for the tip.

The book is chock-full of revealing stories about Trump’s rise to power and how he lied, cheated, and rejected conventional personal and political mores to achieve power. For example, during the 2016 Republican campaign, one of his great lies—and promoted by the National Enquirer—involved Ted Cruz's father, Rafael Cruz, who Trump insinuated played a role in President Kennedy’s assassination. The authors also detail how Trump’s claims of giving larger sums to charity were revealed as fiction. And then there is the now infamous 2005 NBC’s Access Hollywood episode in which Trump proudly declared his approach to women: "Grab them by the pussy. You can do anything."

If stories of sex and scandal don’t reveal the truth of Trump’s personality, then the authors’ discussion of his relationship with Roy Cohn does. He is one of the “fixers” at the center of the Trump saga. In the early ’70s, Trump moved from Queens to Manhattan and was a man on the make. He was chauffeured around town in a silver Cadillac limo with “DJT” emblazoned on the license plates. He first met Cohn at Le Club, a Manhattan nightspot for the rich, famous and those who wanted to be, and at Club 54, where Cohn was the attorney. Cohn became the Trump family—for Donald and his father, Frederick Christ Trump—consigliere.

While the authors mention Cohn’s association as special counsel to Sen. Joe McCarthy, they fail to note that he prosecuted Julius and Ethel Rosenberg as spies, and that they were executed.

Cohn was a closeted homosexual and who was diagnosed in 1984 with AIDS. He kept it a secret, telling Trump and others that he was suffering from liver cancer. However, Trump suspected that Cohn was dying of AIDS and, in the summer of ’86, invited him to Mar-A-Lago hotel, for a farewell celebration. Following the event, Trump allegedly remarked, “I had to spend a fortune to fumigate all the dishes and silverware.”

Much of the last quarter of The Fixers is a recapitulation of Trump’s well-publicized misadventures with Cohen, Pecker, and others. For Cohen, the feds caught up with him and he was tried, convicted and imprisoned; he also testified before Congress. For Pecker, it was a fool’s gambit exposing an illicit affair involving Amazon founder—and Washington Post owner—Jeff Bezos that led to a federal investigation. Still other once Trump loyalists are in jail, including Paul Manafort and Michael Flynn, as well as Roger Stone, currently on trial. As the authors note, “Trump didn’t feel he owed them anything.”

As Trump’s impeachment trial moves forward, one can only wonder who will next be thrown under the proverbial bus? Will it be former New York mayor Rudy Giuliani? Or former Harvard professor Alan Dershowitz? Stay tuned.

One cautionary note about this book. Perhaps because the authors were reporters for the Journal, scandal never becomes sleaze. In discussing Jordi Lippe-McGraw’s 2011 interview with Daniels, they avoid mentioning the actual sex that took place between Stormy and Trump. As she said:

“So anyway, the sex was nothing crazy. He wasn’t like, chain me to the bed or anything. It was one position. I can definitely describe his junk perfectly, if I ever have to. He definitely seemed smitten after that. He was like, ‘I wanna see you again, when can I see you again?’

A similar “censorship” occurred in their consideration of what became known as the “Steele dossier.” The report, prepared by former British spy agent, Christopher Steele, claimed Russian authorities had exploited Trump’s “personal obsessions and sexual perversion in order to obtain suitable ‘kompromat’ (compromising material) on him.” Trump is reported to have rented the Presidential Suite at the Moscow Ritz Carlton Hotel, where Barack and Michelle Obama had stayed, and that he had employed “a number of prostitutes to perform a ‘golden showers’ (urination) show in front of him.

These are small oversights in a very well-researched and argued journalistic account of the misadventures of America’s 45th president. One can only wonder what will happen if Trump is reelected.