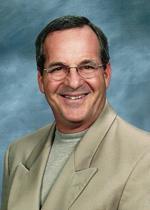 David Rosman, MA, has settled down in the “middle of Middle America” where he is an internationally read commentator for the Columbia Missourian (Columbia, MO) and InkandVoice.com, as well as a reviewer for the New York Journal of Books.

Mr. Rosman is the author or contributing editor to twelve-professional development textbooks and more than 50 articles concerning professional and political communication.

Active in local, state and national politics, Mr. Rosman has run for political office, and has served as campaign and communication manager for candidate and issue campaigns. He is also an ordained minister with the Universal Life Church. Today his focus is on politics and religion, and he is a nationally known speaker on the subject of “Church and State.”

Mr. Rosman invites you to join him on all the social networking sites as well as on his own website, so you can follow his newest commentaries and his speaking calendar.

The Answer to Bad Religion Is Not No Religion: A Guide to Good Religion for Seekers, Skeptics, and Believers

“Did Thielen convince me that one sect of Christianity is better than another? The simple answer is no.

“This is a fascinating journey through one of the most important speeches in American and world history.

Stay: A History of Suicide and the Philosophies Against It

“As a suicide attempt survivor, I found this book most enlightening.”

The Letters of John F. Kennedy

Opening the pages of Kylie’s Heel the reader is brought quickly and intimately into the world of Kylie Morgan, columnist and rationalist; her second husband Flann; her twin sister and born

Rise of the Warrior Cop: The Militarization of America's Police Forces

“. . . highly recommended for the historic value of the information . . . clear, concise, and well argued.”

Island of the White Rose: A Novel

Cuba of the late 1950s was a land of two worlds: that of Batista’s corruption and of Castro’s revolution.

The Cuban Connection: Nixon, Castro, and the Mob

Conspiracies, intrigue, key political figures, CIA miscalculations, assassination failures, and the top Capos of the National Crime Syndicate—what a story that would make.

“Understanding the man behind Fox News, how his juggernaut was assembled, and how it is captained shines a new light on news reporting—whether one leans port or starboard.”

The Art of Controversy: Political Cartoons and Their Enduring Power

“For the political junkie, journalist, artist, cartoonist, or student, The Art of Controversy is a wonder story of an amazing art form.”

Eat Street: Recipes from the Tastiest, Messiest, and Most Irresistible Food Trucks

“. . . one of those fun and usable cookbooks that will be marked, tagged, dog-eared, and dripped on with yet another secret sauce.”

The Wolf and the Watchman: A Father, a Son, and the CIA

“. . . his life was really not that much different than ours—except maybe for the endless family secrets.”

“To Touch the Face of God . . . support[s] the American need for both heroes and villains of biblical proportions to change the world.”

“If Dr. Seuss is a representative example of its overall quality, this series should be considered for inclusion in K–6 school curricula and libraries.”

Mugged: Racial Demagoguery from the Seventies to Obama

It has taken weeks longer than it should to get through Ann Coulter’s latest book, Mugged—and even then it was difficult to write an objective review.

“Never screw with LGBT criminals; they’ll get you back in spades.”

The Betrayal of the American Dream

Dumb History: The Stupidest Mistakes Ever Made

“This is simply a collection of incidents Mr. Green seems to believe are ‘dumb,’ when many are simple errors.”

“Those who share Dr. Foley’s ‘admiration and respect for the movement’ will find this book invigorating.

The Letters of Sigmund Freud and Otto Rank: Inside Psychoanalysis

“For those well versed in the world of psychology, psychiatry, and psychoanalysis, for those who are students of Freud, and for those who know the historical players in this game, The L

The Virtues of Our Vices: A Modest Defense of Gossip, Rudeness, and Other Bad Habits

“So sit back, pour yourself a glass of fine wine—that requires time, grapes, yeast, feet, and “an enormous amount of pharmaceutical-grade pseudoephedrine and various beakers and Bunsen burn

And Nothing But the Truthiness: The Rise (and Further Rise) of Stephen Colbert

“This biography could have easily been titled The Tale of Two Colberts; however, Colbert’s signature ‘truthiness’ seems to befit the style and enjoyment Ms.

Go Fish: How to Win Contempt and Influence People

“I thought I was getting a picture book of politically incorrect satirical cartoons to review.

Demonic: How the Liberal Mob Is Endangering America

“Various committed Tea Party and conservatives questioned are not at all interested in reading Ms. Coulter’s newest work.

The Tragedy of William Jennings Bryan: Constitutional Law and the Politics of Backlash

The title is a bit of a misnomer. The subtitle is more accurate.

God Is Not a Christian: And Other Provocations

When people meet a man or woman of spirit, peace or national leadership, the reaction is almost always the same; there is an aura about these men and women that exudes power, confidence and leaders

A golf course consists of 18 holes. Why? Because there are 18 shots in a bottle of Scotch whiskey, one per hole.

The Adventures Of Emily Finfeather: the Feathernail and Other Gifts

It takes a while for an author to find her place in the ever-expanding world of genres. This is especially true in the world of fiction for kids. E. E.

Forged: Writing in the Name of God--Why the Bible's Authors Are Not Who We Think They Are

When reading the newest offering from an author you have read and enjoyed before, your first hope is that the story will be new and provide more insight into the subject at hand.

The Rise and Fall of the Bible: The Unexpected History of an Accidental Book

If the title does not get you, the content will. This is not Timothy Beal’s first time at the pulpit and his knowledge of the Christian Bible, or bibles, cannot be questioned.

“This book answers the questions (of politics and religion) through two broad theses. 1.

An Enlightened Philosophy: Can an Atheist Believe Anything?

The Metaphysics of Media: Toward an End of Postmodern Cynicism and the Construction of a Virtuous Reality

Why read a book with a title that would scare the sanest person among us? Is it to prove one is “highbrow” or an “intellectual” or just looking to fool those around him?

The New Atheism: Taking a Stand for Science and Reason

The United States is one of the most religious “first world” nations.

Dirk Quigby's Guide to the Afterlife: All You Need to Know to Choose the Right Heaven

You know something’s up when the publisher has a name like “Exterminating Angel,” and the book’s dedication page says the author “intends no disrespect. . . .

Lion of Liberty: Patrick Henry and the Call to a New Nation

“Mr. President, it is natural to man to indulge in the illusions of hope.

Warning: If any scientific phrase starting with the word “quantum” scares you, if you do not believe Bill Nye the Science Guy when he says “science is cool,” if you could not get through Stephen Ha

Coffee, Tea, Or Kool-Aid: Which Party Politics Are You Swallowing?

There is a thin line between whining and problem solving. It is unfortunate that Mooney and Kirshenbaum never crossed that line. In fact, they may never have seen the line in the first place.

The New Atheist Novel: Philosophy, Fiction and Polemic after 9/11 (New Directions in Religion and Literature)

“To our eyes, though, it is possible to detect an obscure but even more compelling reason for the massive appeal of the New Atheism: it constitutes a new and powerful creation mythology that—like m

Putting Away Childish Things: A Tale of Modern Faith

Those who follow the world of religion are aware of the Episcopalian “Protestant yet Catholic” dichotomy and the growing rift between its liberal and conservative parishioners.

Delay, Deny, Defend: Why Insurance Companies Don't Pay Claims and What You Can Do About It

“Insurance is the great protector of the American middle class, but only when it works.” Jay Feinman’s premise is that the property and casualty insurance industry is a profit seeking one that make

A Funny Thing Happened on the Way to the Future: Twists and Turns and Lessons Learned

We should all know who Michael J. Fox is. He was the smart, financially driven whiz kid in the TV show “Family Ties.” He played Marty McFly in Back to the Future.

36 Arguments for the Existence of God: A Work of Fiction

We should ask a question of ourselves, “Why am I?” We will seek the answer through religion, philosophy, rationalism and, occasionally, a good book.