The New Atheism: Taking a Stand for Science and Reason 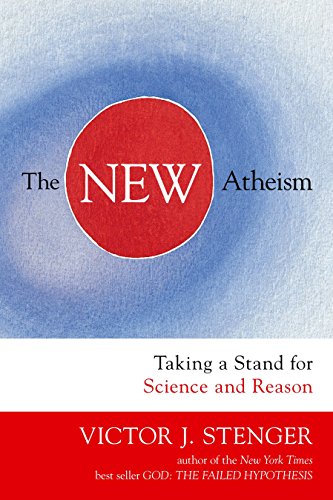 The United States is one of the most religious “first world” nations. This is a nation where the question of God’s role in the human endeavor has become a basis of many political and social discussions. So why do books on atheism flow to the top of the reading list? It may have something to do with our continued search for reason and the growth of the atheist/agnostic movement.

A new arm of that movement, New Atheism, has taken a vocal stance concerning their beliefs. Christopher Hitchens, Susan Jacoby, Richard Dawkins and other New York Times bestselling authors have taken up the cause. The most recent support of this new activist movement is physicist, astronomer and philosopher Victor J. Stenger.

Stenger’s most recent is The New Atheism: Taking a Stand for Science and Reason. Unlike others’ work, his work is not based on anger or brute force but on reasonable and well-documented research. His methodology cannot be questioned, though some may and will question his conclusions.

What some readers may find confusing in this straightforward review is Stenger’s references to “naturalism,” which some may maintain to be in itself a form of religious myth. As Stenger quotes theist John Haught, “Scientific naturalism ignores the subjective side of nature, especially our inner experiences.”

This is the same confusion that many had and still have with Thomas Jefferson’s reference to naturalism in the Declaration of Independence as “Laws of Nature and of Nature's God.” Jefferson, a self-proclaimed deist, who today would be defined as a “spiritual humanist,” understood that reason and not myth should lead one’s life. This was not a statement of belief in yet another myth.

A second area of confusion is that of support of meditation and other aspects of the eastern religions, including Tao and Buddhism. However, Stenger stresses that the use of meditation, which some from the sectarian side will interpret as “prayer,” must be devoid of the mythical and supernatural aspects. This concept is one that will be difficult for many believers to understand and perhaps accept.

He devotes an entire chapter to suffering. His focus in not on relieving suffering but on how world religions have not provided reason or logic for those who suffer by natural or manmade elements. Once again, logic and myth are well pitted in his argument.

Stenger takes his time in explaining the basis of human morality. As defined by Alan Dershowitz, Michael Shermer and Susan Neiman, Stenger shows support that morals, the societal rights and wrongs, are secular, temporal and experiential in nature. Contrary to the western religious beliefs, Stenger presents convincing argument that the basis of the western religious “ownership” of the Golden Rule is myth and not reason or logic.

Regardless of which side of the discussion you find yourself, this is a well-written and documented argument. Stenger’s intent, as he states in his final chapter, is not to convert the believer, but to provide a sensible and less aggressive argument for science, reason, and the New Atheism.