A Funny Thing Happened on the Way to the Future: Twists and Turns and Lessons Learned 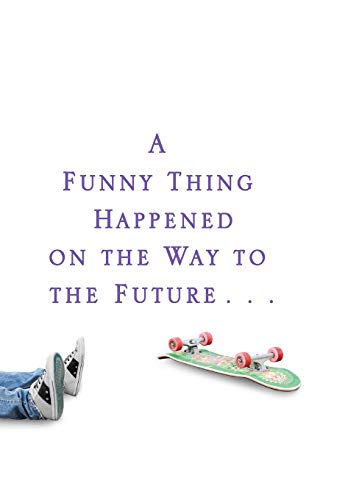 We should all know who Michael J. Fox is. He was the smart, financially driven whiz kid in the TV show “Family Ties.” He played Marty McFly in Back to the Future. He was Deputy Mayor Michael “Mike” Patrick Flaherty on the TV show “Spin City.” He is also, according to my granddaughter, that cute old guy we see on the late-night talk shows shaking from Parkinson’s Disease.

However, A Funny Thing Happened on the Way to the Future is not really an autobiography of Fox and just a play on the titles of two very successful movies. It is an inspirational story about dreams, persistence, and sheer luck. It is a book meant for the kid in high school or college who is about to graduate or is thinking of dropping out. Both need this reality check.

Fox asks “the broader question: What constitutes an education?” On the streets or in the classroom or both? The book is designed as a self-examination primer when one is thinking about a major change of direction in life. It is a reminder to ask the all important question: “What the hell am I thinking?”

This is a 100-page story well told. It recalls the relationships Fox had with his mother and father; his decision to move from Vancouver to Los Angeles; the lessons he learned over the years as a struggling and a successful artist, as a father, and as a husband; and receiving the life-changing diagnosis of Parkinson’s at a relatively young age.

This weightless tome speaks to good sense—or the lack of it—locked within every teenager’s and young adult’s mind. How we all travel a path of toward an unknown future, and that there will be successes and failures along the way. Just take them as they come, but never lose sight of yourself and your honor.

Yes, Fox does talk about his quitting high school. He discusses getting his GED only after his first child is born. He ruminates about how his lack of general math skills contributed to his attempt at financial self-destruction. He talks about his Parkinson’s and how the news tried to drag him to the bottom. However, the biggest thing he does is make a grand—and successful—attempt at comparing his life’s lessons to the general curriculum at Hunter College-City University of New York.

Fox discusses life’s lessons in terms their catalog of courses: economics, comparative literature, physics, political science, and geography. The lessons he learned while struggling through his first years in L.A. to the ones he swallowed while starting the Michael J. Fox Foundation; and he does this in a very nonintrusive manner. He reminds the reader that life is an education, so “pay attention, kid. You might learn something.” This book is a course in “Life 101” that is, unfortunately, not offered at your local college.

The only problem is that the book is written by a guy in his fifties, someone today’s teens do not really know. They may know “Marty McFly,” but to most of them, Fox is that cute old guy on late-night who shakes a lot.

Most teens and young adults believe that life will never throw them a curveball. Fox’s goal is to let them know that the curveball is coming—and how to deal with it.

However, getting a kid to read a book because it is “good for them” is like feeding Brussels sprouts to a finicky eater. Or making the kid go to the dentist. Or to school. Or to work, for that matter.

Buy it anyway. You read it. Then leave it somewhere your kid will find it. May I suggest the refrigerator in front of the soda? Maybe you will be pleasantly surprised when the kid comes to you and says, “I’d like to talk about my future.”