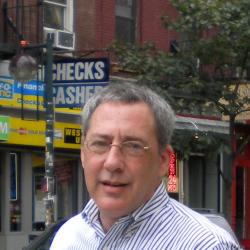 David E. Spiro is the Founding Principal of The Strategy Practice, LLC, a boutique consulting firm that creates business strategies and advice on risk management for private equity firms and the financial services industry.

Before switching careers to full-time management consulting, he taught International Political Economy, International Relations, and Middle East Politics at Brandeis, Columbia, and Harvard Universities, and the University of Arizona.

Mr. Spiro is the author of The Hidden Hand of American Hegemony: Petrodollar Recycling and International Markets (Cornell University Press, 1999), as well as articles and book chapters on a broad range of topics including game theory, statistical methods, theories of international peace and conflict, Middle East politics, the politics of international financial markets, American foreign economic policy, identity theft, law and society, and immigration policy. Recently he also began writing reviews of alternative rock bands for AmpeaterMusic.com. His academic work is assigned in university courses around the world.

He received a Ph.D. in International Political Economy from Princeton University, and before that an AM in Politics with a certificate in Near Eastern Studies, and an AB in Near Eastern Studies, also from Princeton. As well, he attended Middlebury College, Stanford University, Tel Aviv University, and the Bourguiba Institute for Arabic Studies in Tunis. As an undergraduate, he was a research aide to Abba Eban, formerly the Foreign Minister of Israel.

In his spare time Mr. Spiro enjoys flying single engine airplanes and going to the opera. He lives in New York City and Tucson, Arizona, and teaches graduate courses (on International Political Economy and on Statistics) as an adjunct at Columbia and at Penn.

The Money Plot: A History of Currency's Power to Enchant, Control, and Manipulate

“Professor Kaufman’s approach is insightful and original. And perhaps a bit more rigor in formalizing his approach will take us even further.”

The Crash Detectives: Investigating the World's Most Mysterious Air Disasters

“Christine Negroni uses her experience and broad knowledge of air disasters to summarize and integrate investigations.”

The Gene: An Intimate History

“The author is a wonderful writer. . . . extraordinarily skilled at explaining complex scientific ideas to the general reader.”

“When an economist argues that money is inherently a social phenomenon, that is reason enough to read the book.

The Romantic Economist: A Story of Love and Market Forces

“. . . in this lighthearted tale of love and market forces, Mr. Nicolson recounts how he used economics and game theory to attract women and then to form a partnership with one of them. .

You Can Be Right (or You Can Be Married): Looking for Love in the Age of Divorce

Against Security: How We Go Wrong at Airports, Subways, and Other Sites of Ambiguous Danger

“. . . interesting . . . attractive to an audience much broader than social scientists.”

“Second Person Singular is a complicated sonata of voices and identities, translating the identity politics of Palestinians in Israel . . .”

The Mark Inside: A Perfect Swindle, a Cunning Revenge, and a Small History of the Big Con

“Ms. Reading’s telling of this story, enmeshed in the history of American identity formation, is a tale for children of all ages.”

“Why Capitalism? summarizes Professor Meltzer’s past scholarship for a general audience and reiterates his policy proposals in the context of the present economic crisis.

All the Money in the World: What the Happiest People Know About Getting and Spending

“Ms. Vanderkam's interesting book argues that much of what we want is within reach. ‘Every dollar is a choice,’ and often we make those choices without thinking them through. . . .

Financial Turmoil in Europe and the United States

“The current financial crisis is explained concisely with eloquence. Understanding what is happening and what is to be done is reason enough to read Financial Turmoil. . . . Dr.

“This is a very well written study, and it has none of the alienating gravitas of an economics tome. The author follows interesting stories populated by colorful characters.

History of a Pleasure Seeker: A Novel

“For a reader who derives pleasure from historical accuracy and realistically drawn personalities, Richard Mason’s rich descriptions may seem superficial and anachronistic, much like the em

What's the Economy For, Anyway?: Why It's Time to Stop Chasing Growth and Start Pursuing Happiness

“This is a well argued and clearly written work that will appeal to a wide variety of readers with a broad spectrum of interests (previous knowledge of economics is not a prerequisite).

“Despite its strife riven past, Jerusalem is a vibrant, beautiful city, and the extensive history covered in Jerusalem: The Biography helps to bring its past alive.”

“Fly By Night is fast-paced and engaging. Thoroughly enjoyable.”

Stealth of Nations: The Global Rise of the Informal Economy

“Mr. Neuwirth seamlessly blends history and economic theory in with his narratives, . . . This is a fun read, and not just for professors of political economy.

Darkmarket: Cyberthieves, Cybercops and You

“Darkmarket is a lively account of how credit card crime is organized on the Internet and an engaging portrayal of some of the characters who are involved.

Keep the Change: A Clueless Tipper’s Quest to Become the Guru of the Gratuity

What Comes After Money?: Essays from Reality Sandwich on Transforming Currency and Community

“The contributors to this volume are all very interesting people, but one has a sneaking suspicion that they might have taken way too much LSD at some point in their carbon footprints.”

“There is no shame in reading this innovative and thoughtful work. Humiliation is an embarrassment of riches.”

Manufacturing Hysteria: A History of Scapegoating, Surveillance, and Secrecy in Modern America

“The Palmer Raids are being cited in more and more books and articles as we turn our attention to immigration policy, and forced deportation.

“If there is something [John McWhorter] doesn’t do well, we won’t find it in his new work, What Language Is . . .

How to Become a Really Good Pain in the Ass: A Critical Thinker's Guide to Asking the Right Questions

“Professor DiCarlo’s contribution is not to be a pain in any body part, but rather to write on methods of argumentation and criticism; and to answer important questions.”

“This is the best book of the year. . . . If you read one work of nonfiction a year, make this the one.”

The Fair Society: The Science of Human Nature and the Pursuit of Social Justice

Peter Corning is outraged, and so should we all be. The United States has the largest income disparity in the industrialized world. Top executives have engaged in legalized looting.