Author of the Amazon bestselling photo book Children of Grass, B.A. Van Sise is also a frequent contributor to BuzzFeed News and Getty Images, and one of the world's busiest travel photographers. In addition to his roles as Nikon/AFAR travel photography ambassador and travel photography workshop instructor for Atlas Obscura, Mr. Van Sise has previously been a staffer for Newsday, the Village Voice, and AOL CityGuide, and has been featured on both the cover of the New York Times, on PBS NewsHour, the Daily Mail, and on NPR. A number of his portraits of notable American poets are in the permanent collection of the National Portrait Gallery of the Smithsonian.

His work as both a photographer and writer has been widely published. In addition to exhibitions at the Center for Creative Photography, the Peabody Essex Museum, the Museum of Jewish Heritage, the Los Angeles Center of Photography, and the Whitney Museum of American Art, his work has previously appeared in the Washington Post, the Los Angeles Times, the Daily Mirror of London, Travel + Leisure, New York Magazine, and approximately 250 other publications. His written work has appeared in Poets & Writers, the North American Review, the Southampton Review, and Eclectica, among many others.

His latest book, Invited to Life: Finding Hope after the Holocaust, is published by Schiffer.

He is a graduate of the prestigious Eddie Adams Workshop, a National Press Photographers Association award winner, and an Independent Publisher Book Award gold medal winner.

Children Of Grass: A Portrait of American Poetry

Four Quartets: Poetry in the Pandemic

Invited to Life: Finding Hope after the Holocaust

Decade of the Brain: Poems

“The chief function of the body is to carry the brain around,” quipped Thomas Edison, and he was, of course, right.

Alfred Hitchcock, for his films of often understated horror, preferred a certain type: His movies were populated almost entirely by coolly elegant blonde actresses who, in spite of their aristocrat

Harbinger is a reminder of something we all too commonly lose track of: the idea of poetry as an art form.

To start, let us thank Nachoem Wijnberg for doing something rare in poetry. He admits openly what all poets know of themselves: that they are talentless, and their success unearned.

In his 1999 book The Age of Spiritual Machines Ray Kurzweil, inventor of the reading machine for the blind, explored the possibility of a world when the AI creations of our future were not

If you live in Poetry World, you’ve been hearing about Zeina Hashem Beck’s O for a while now.

The Sound of Memory: Themes from a Violinist’s Life (Machete)

Things You May Find Hidden in My Ear: Poems from Gaza

The other day a new video emerged from Ukraine of shelling in an apartment project—reporters and grandmothers dash for cover as large, pressure-sucking booms roar through the cement canyon of the c

In his Biloxi Blues, Neil Simon’s stand-in character (nervous about the loss of his impending virginity) asks his comrades in arms why, after a person has made love for the first time, the

We were, all of us, at one time not alive, which makes it strange that we should wonder, so widely and so often, what it will be like to be not alive again. 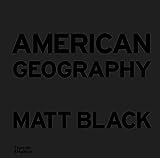 “For Gervitz, Migrations is both a life’s work and a memory palace, a narrative pilgrimage through the lens of her own experience that is both alive and dead, both past and future.

Two Worlds: Above and Below the Sea

“Doubilet offers, in perfect drawings of light, a place and a moment where a bird can love a fish, the sky can love the sea and, for a brief instant, in a razor-thin place, we can all be ri

If you ask the Catholic Church, they’ll tell you that Saint Veronica—the apocryphal woman who wiped Christ’s bloodied, sweat-soaked face as he made his way to his death at Calvary—is the patron sai

Few men are as dead as Osip Mandelstam.

A month ago, in the wake of the conflict between Israelis and Palestinians in Gaza and elsewhere, a poem rapidly gained the absolute and undivided attention of all of the poetry-loving world: fourt

Backroads Buildings: In Search of the Vernacular

Do Something for Nothing: Seeing Beneath the Surface of Homelessness, through the Simple Act of a Haircut

“Do Something for Nothing is no real reflection of the magnanimity of the project behind it.

"Sometimes one fingers annihilation," he writes in a quiet moment of nuclear bombing, "before breaking into bliss."

They say you shouldn’t judge a book by its cover. But They aren’t here and They don’t matter, anyway.

There are two books folded inside one another in Adrienne Su’s Peach State. One is a cookbook. The other is a photo album. Neither has recipes. Neither has images.

Love and Other Poems

There is a large discussion in the world of poetry about how to proceed with the expanding legion of what are derisively called “Instagram poets,” as comers from all corners argue about whether or 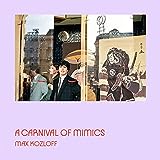 A Carnival of Mimics

In the beginning, the Bible tells us, God created man in his image.

Todd Webb in Africa: Outside the Frame

"Every photo is almost a fiction or a dream,” wrote Sylvia Plachy, the longtime photographer for the Village Voice. If it's really good, it's another form of life."

This low, lazy, fattening, and frustrating last year has been a bad one for society, but just fine for medication: cholesterol medication, blood pressure medication, anxiety medication.

Taxi: Journey Through My Windows

For eleven years, Frank O'Hara worked a day job at the Museum of Modern Arts, writing poems during his lunch break.

Jackson Pollock was a janitor and painted a little on the side. 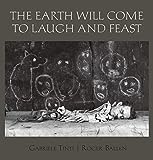 The Earth Will Come To Laugh And Feast

Leafing through any collection of Roger Ballen’s photographs is a bit like making love under a mirrored ceiling: none of it looks attractive, but it all feels terribly exciting.

“In the new Long Island, the one yet undiscovered, the one just now being born, the boys and the girls of the future can look at this beautiful book and know that even ghost stories can hav

“Bill Brandt, the work, is now just beginning to enjoy its second life.”

Every photograph has two lives: the one today and the one tomorrow.

My Name Will Grow Wide Like a Tree: Selected Poems

“The raw sensuality, the winsome yen of her language and its ‘small gifts laden with love’s intentions’ leaves no doubt to the reader about the anonymous others she carries through the work

The Tale of a Niggun

We’ve all, at some point, had this experience:  tidying up, digging around, cleaning out the drawers, or  fussing about the attic, we find . . .