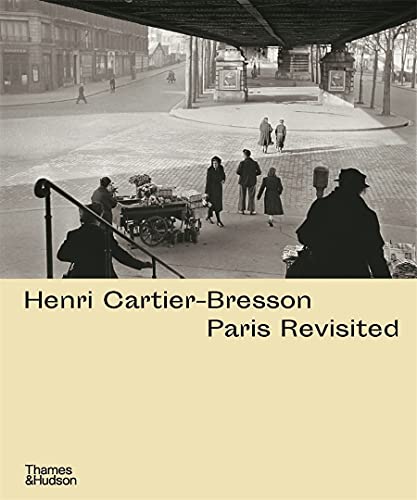 If you ask the Catholic Church, they’ll tell you that Saint Veronica—the apocryphal woman who wiped Christ’s bloodied, sweat-soaked face as he made his way to his death at Calvary—is the patron saint of photographers. If you ask most photographers, however, they’ll tell you that their patron saint is actually Henri Cartier-Bresson. The latter’s picture of the man, perhaps, might have been better.

There are certain, rare artists who transcend their art to become the art form itself. Cartier-Bresson is one of a handful of photographers who’ve not only augmented the form but defined it, and those buying a book of his work are in many ways like those who might buy a dictionary to find they now own the entire English language. Here, too, we find the whole of something: the whole of an entire art form, its roots, its conjugations, its glossary. Almost all contemporary photography finds some toehold in one mid-century French man; it is the unforced Indo-European tongue from which almost all of photography's words are born.

Most biographies of Cartier Bresson will mention his mania, the constancy of the camera at his hip, the frenetic pace of making images that mold both the man and his curators far more artists of editing than creation. What is notable here is not that the book and exhibition creators—the curator of the museum in partnership with the director of Cartier-Bresson’s foundation—have allowed the photographer to be good (an easy task), but that they also allow him to be mediocre, including photographs that many other exhibitions might not: the grainy, the blurry, the inelegant, the boring. This is commendable, and it might be encouraging to the young photographic artist, stymied and disappointed in their own work, to know that they, too, are Cartier-Bresson, that they, too, are photographing Paris.

But there to be uncovered, too, is the exceptional: the photographs, the artifacts of what is supposedly the only honest art, that did not need the seasoning of decades to become relevant. All photographers are something else: photojournalists are reporters, landscape artists naturalists. Product photographers are salesmen; fashion photographers are designers.

But Cartier-Bresson is a poet first and second, his role as imagemaker here a distant third. It’s made all the more obvious by how he photographs his own backyard, the way ten different poets might give you 15 different poems to describe their children walking through the garden.

The book, however, has challenges. Thames & Hudson—a dream publisher for any photographer—does a disservice to their usual standards of quality by what one can only presume were poor choices in design; it’s not clear at what point in the process those choices were made. There is little cohesive visual narrative in the presentation of the work: image sizing, formatting, and presentation are all over the place, creating an exhibition catalog that feels, well, too much like a catalog. The book is poorly bound (the review copy was already beginning to separate on arrival) and badly blocked, with the whole of it printed on matte stock paper that flattens the images, taking much of the vim out of a photographer who seems to be—like the silhouetted man hovering above a puddle in one of his most famous photographs—eternally bouncing electrically off the ground.