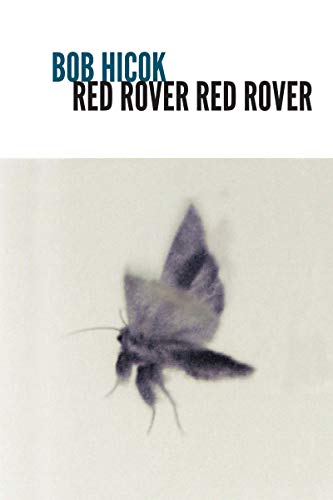 This low, lazy, fattening, and frustrating last year has been a bad one for society, but just fine for medication: cholesterol medication, blood pressure medication, anxiety medication. Everyone is unhappy to be alive, yet still somehow thankful for their many reasons to live and for their many ways to do so.

It’s in this same vein that we arrive at Bob Hicok and his ninth book, Red Rover Red Rover released 12 days after the end of an annus horribilis and eight before the start of a new administration. Hicok has long and unfairly been assigned as the other poet at Virginia Tech but the truth is that even after nine volumes, Hicok can still turn phrases to turn heads.

Even in a bad year, Hicok seems to have the medication to treat it, approaching all of the challenges that face us with the gentle humor for which he has long been known. Yes, the poems are less happy ones, and the poet is a less happy one, but the world, too, is a less happy one. Nevertheless, Hicok maintains what he always has: that wherever he goes in the world, he feels like a man sitting comfortably in his kitchen, watching an ugly landscape through the soft glass of his window.

And there’s a lot to show up at that window: “art is the belief you don’t need a tree to climb a tree,” he tells us, before building an entire world on the ashes of the one we already inhabit. The local library here qualifies Red Rover Red Rover somewhat amusingly as a book of nature poetry, but indeed the locations out Hicok’s windows change frequently, and do so with a light touch:  there’s the whitewashed landscapes of Currier and Ives:” Do you miss cocaine? Sometimes I do when it snows.” And there’s the pastoral joy of an ideal America without any America in it, “empty of McDonald’s, lawn mowers, For Sale signs, capitalism.” We watch the warming tide ride into Gotham as New York becomes Atlantis. We travel around the world with him, wondering “how you can say no in Chicago, in Kuala Lampur, where one can enjoy masturbation, an extra-large pizza with donut-crusted crust.”

“Moving is also a word I mistrust,” he tells us in “I keep making the mistake of approaching solitude alone,” amending only wisdom to add “I am an archipelago at best.”

There are some minor footfalls here that miss the curb, most notably in Hicok’s attempts at mimicking the youth he often teaches: when Hicok refers to the OG Nazis —meaning the better dressed villains of the last century and not the bumper crop of slack jawed bumpkins the red hat crowd keeps pulling from the shadows— it feels a bit like a dad trying to wear his son’s clothes. But that youth that warms Hicok’s blood also keeps the work contemporary: in this book Greta Thunberg arrives with the future in hand, Robert Frank joins the past-tense, the Amazon burns, and Jews are killed in Pittsburgh just for being Jewish and in Pittsburgh at the same time. You are here, he tells us, and we almost believe him.

There’s also love: not the flashy youthful variety, all grabbing and pulling and heaving, but the tender kind that replaces it and grows, and evolves, that adapts to troubling times. It is both pastoral and plebeian, dreadful and darling, and never more so than in the book’s penultimate offering, “Ode to Now,” which plants us teetering on apocalypse with the wind to our backs. reminding us not to “waste our chance to be more like rain, to flow and shine, touch and give as we wake up and go.”