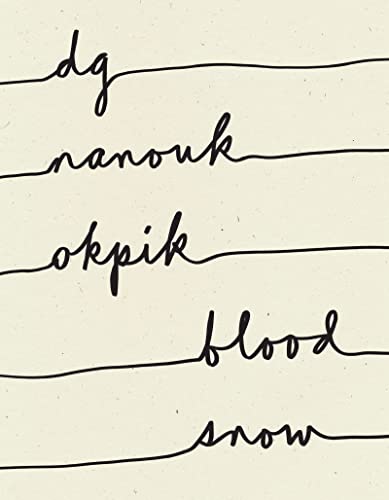 Alfred Hitchcock, for his films of often understated horror, preferred a certain type: His movies were populated almost entirely by coolly elegant blonde actresses who, in spite of their aristocratic bearing and good looks, seemed always to be plagued by odder troubles: Janet Leigh’s misadventurous hotel stay. Tippi Hedren’s sexualized attic romp with flocks of birds that would’ve given Leda a run for her money.

“Blondes,” Hitchcock famously (and creepily) said, “make the best victims. They’re like virgin snow that shows up the bloody footprints.”

For most of the non-tropical segment of humanity, snow is the hourglass of our years—the annual reminder of our orb’s turn around the sun. Snow tells us that one of our few summers has passed, but that another is coming. And it has different appreciations for different people: for the city dweller, snow is blight in traffic. But out in the country, it’s manna to the hunter: It hides what is but puts into neon relief what was. The hoofprints of the beast that went thataway, the crimson splatter silhouette of the seal that fell beneath the clobber.

It is fitting, then, that Okpik has put together a book about snow, the melting marker of our seasons, that in the Iñupiaq Alaska of her forebears forms land in months of darkness and melts to rivers, their currents ever-changing, when it melts for months of ever-noon.

There is a renaissance, right now, for Native culture in this country, a minor balm for centuries of wounds. What had once been a punchline—”Eskimo poetry” having been a campaign joke on the TV show West Wing and the many words for snow a canard of every home in Leave-it-to-Beaverland for decades—is finally being given the consideration worthy of dozens of cultures boasting thousands of years of accumulated language that had been as pure as bloodless snow.

It is finally the time, instead, for poetry.

Poets are in common practice often (near always) classed with writers, a definition neither seems much to mind but which remains, nevertheless, fairly erroneous. There is a painterly aspect to the storytelling of the contemporary poet, and Okpik—who takes huge gestures from the downright impressionist Arthur Sze who mentored her—is no exception.  What she paints in blood snow is a world of both natural and manmade creation.

It is common enough for poets—or anybody, really—to bring the outside world into the one we’ve been forged in. It’s easy to reheat the warmth of the womb with the microwave of our environs. But here Okpik does the opposite—instead bringing her native Alaska to the bustling, bristling world, infusing steel with bark and frost-flowers and, yes, snow. It is a contemporary work largely unmarked by pastiche, an ambassadorial effort in which, no matter how alien the terrain might be, the native laws exist within its walls.

And what are those laws? This has always been a continent of two competing systems: at the forefront, settlers’ laws are made by men and quills; present in the background, but unforgotten, Native laws made of rivers, mountains, and land. And also more: things that don’t always seem clear. Things that don’t always make sense.

In Blood Snow, Okpik walks the narrow border between opposing nations of opposing laws. providing structurally interesting abstracts of the changing frontiers of modern life: where man and machinery meet, where all the carbon-things of life, from moss on up, can find community.

At times, those laws are broken: Iñupiaq language is dusted liberally throughout the text entirely without explanation, but why should it be explained? Why should it be clarified? After all, for three centuries no apology has been made for the unexplained intrusion of English on Iñupiaq. Now, in a resurgence of interest in Native cultures and a revitalization of Native languages, the snow begins to melt. The current is always changing.

“I have died so many midnight moons,” says the living Okpik. “To learn you must be open, diligent, and willing to be an individual,” she writes, suggesting Sze’s teaching once again, ceding some of that individuality. Does Blood Snow sometimes contradict itself? Yes. Does it always make sense? No. But the same things could be said of life, especially Native life, in America.

It is a masterful book of poetry, light in the hand and heavy in the heart. It is easy to read: the pages unravel as smoothly as balls of string. It’s exceptional in what it says, the poet constructing a simultaneously conflict-filled and congruous modern world stand holds a veil between two cultures and four centuries, but also between nature and everything that threatens it. It is more remarkable, perhaps, in the empty pauses she offers to let the empty room speak for her.

that it leaves unanswered, because it needs not. Okpik has let you know, through page after page of unraveled poetry, the answer long in advance.

“In numbness  I wake   then

mumble   you’re part of me

Okpik writes. The things that are disappearing, the unstated everything, are as present as anything you can see in the many paintings left on the page, the portraits of ancestors but also—in a view of altered modernity—their many descendants yet unborn.

The snow, marked by blood as it is, hardens every year. And melts once a year to follow the law of the lands; here, it flows past a world where women are igneous rock and men are milkweed and everyone can be a fish if the need arises. And it will. After all, the currents are always changing.