The Sound of Memory: Themes from a Violinist’s Life (Machete) 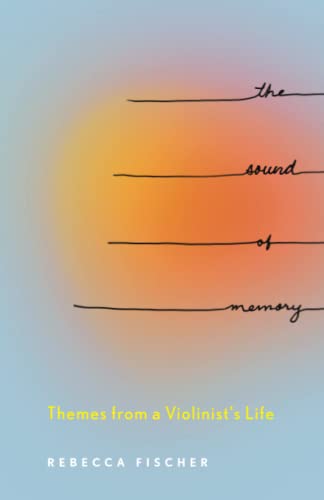 Now remember what they sounded like: Perhaps it’s that slow swath of waves rolling in under your Mexican balcony. Or the Edith Piaf playing on an old record player while you danced. Or, regrettably, the awkward Backstreet Boys video serving as the soundtrack to your first kiss. It isn’t hard for any of us to summon any of it.

After smell, there is no greater trigger or recorder of the human experience in the human mind than the sound of things.

The Sound of Memory, a collection of essays by concert violinist Rebecca Fischer, is a pizzicato rendition of the memories of modern life as a musical artist: the strains and challenges of an ambivalent world in which anyone not rising is slowly sinking, the unique impressions on family life, and perhaps more intriguingly the idea of epigenetic memory and musical inheritance.

The notes on the page are intertwined with the natural rhythms of our lives, and with Fischer’s in particular: the balance of breastfeeding on concert tours bookends, nicely, a breathtaking explanation of memory of music heard while in the womb, which if not told so well by someone so well-invested might have been hard to believe.

Fischer is a musician, and a talented one, and those sensibilities here dampen the impact of the stories to tell: Much music is bettered in its lengthening, the time taken to stretch a note to fill a room with sound until the listener is downright damp with it. Nowhere is this more true than for the violin, Fischer’s instrument of choice, which is the centerpiece of any classical body, its swell and fall, its total tide. It is not a sensibility that translates well: Fischer’s touching human stories, and useful insight on some of the most vital of human experiences, is challenged by the musician’s desire to fill the room. It is overlong.

It’s not clear that, as of yet, Fischer is of enough note to merit a memoir, or old enough to draw from deep experience. But she is a person who listens, and for those who wonder about the growth (and grind) of life on the road or the musically inclined interested in a poetic exploration of the resonance of sound in even the most common corners of life, it is recommended.