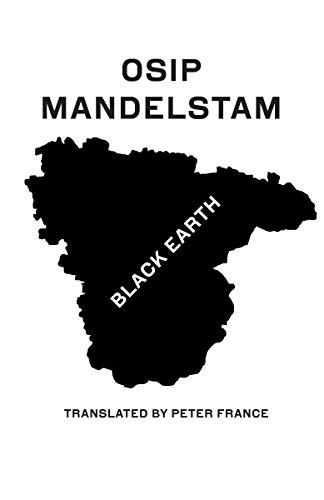 Few men are as dead as Osip Mandelstam. Sure, there are lots who’ve been dead longer, and others who have been dead more spectacularly: some by glorious departure and others by glorious remainder, the Stalins and Lenins that tormented him in life and whose excellent cadavers continue on in public display.

Born into a wealthy Jewish family in the Pale of Settlement, but embracing socialism at an early age, Mandelstam straddled two worlds in partnership and opposition: the intelligentsia that fomented a revolution, and the revolution that eschewed all religion, including his own.

His poetry, at the height of the Acmeist movement, reflects no part of his complicated life sitting between two chairs: a contemplative Jewish mysticism that delights in every corner of life seen and unseen alike, counterbalanced by the gray streets and yellowing buildings of Soviet reality. Mandelstam spent and finished his life exiled to Siberia and extinguished in a transit camp; in Black Earth, we find a Mandelstam in a landscape that is not black but at best dull beige, a place so lonely it might as well grow asphodels.

Mandelstam, educated at the Sorbonne but deeply disposable to the Soviet state, provides an engaging view of life from the bottom, a sage flea scuttling through the dust on the floor. Nevertheless every supporting character, in their own lives, is the lead, and here we see an unchanging world through the eyes of a poet who thought it changeable and, in fact, tried to change it.

Mandelstam’s poetry, presented here in a stark and unornamented thin volume of translations by Peter France, echoes well the desperation of a man with charm in his heart but so little around him. “The damned walls are flimsy,” he writes, “there’s nowhere left to run,/ and for somebody, like an idiot,/ I must fiddle a foolish tune.”

Plenty of Mandelstam’s unimagined children, over the years, have supplied his ghost with violins to play: Clarence Brown is the first of note, and W. S. Merwin the most famous. Mandelstam had been declared a non-person by the state but survived in oral tradition; Mr. Brown found the poet’s widow and brought the dead man, and his words, back to life. However, Brown was a Princeton academic, and Mr. Merwin a romantic living in Hawaiian paradise; while Brown resuscitated Mandelstam and Merwin gave him back his charm, it’s hard not to think that Mr. France, the translator of Black Earth and previous translator of works primarily by hermits and solitary roamers, has come closest to hitting the mark as a scholar of French muddling through another charmless epoch.

It wouldn’t be fair to say that Black Earth is a thoroughly engrossing read—its time feels too alien, its world too sad. We are so far beyond that time, that perhaps, we’ve arrived at that time again, and timelessness to boot. Still, in his mass grave in Eastern Russia, very dead Mandelstam—through the lips of his widow, the pen of Brown, the mind of Merwin, and the computer of France—still lives. “Yes, lying in the Earth,” he’s echoed through translations, “my lips are moving,/ but what I say, each child will learn by heart.”