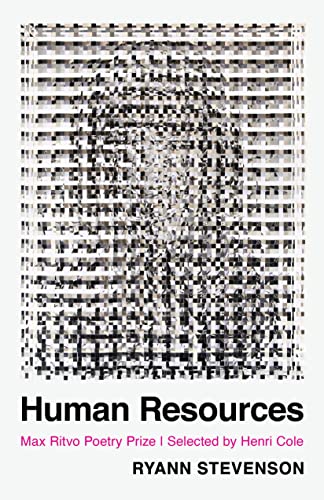 In his 1999 book The Age of Spiritual Machines Ray Kurzweil, inventor of the reading machine for the blind, explored the possibility of a world when the AI creations of our future were not golems but collaborators and, perhaps, unequal equals. “By the year 2029,” he projected, “machines will have their own agenda; they’ll argue that it is worthy of our respect. And we’ll believe them.”

Just last month, a Google AI technician made international news when he argued to the press that his company had created sentient artificial intelligence, and that it had told him—first and foremost—that it was concerned of its own agency in our world. The technician was promptly fired.

His department is run by Kurzweil.

The future is now, as it has always been. The biggest change, perhaps, is not in the technology of it but the thought of it. In a time when so much poetry looks to the past, it is refreshing to see there are still artists with their eyes to the future.

The young poet—young is important here, as one suspects most older scribes could not approach our kinetic future in such argus-eyed fashion—takes to these possibilities with a pragmatic sensibility.

Hers is not the age of intelligent machines, but of spiritual ones. It’s a thin volume, but lately it is hard not to love short books. Our attention spans seem to have tightened as much as our waistbands, these last few years. So, this boo—thinner than a cigarette—could be praised for taking the time to not take too much time, through careful and concise editing that might as well have been done by Occam.

The human species, at its core, is only defined by thumbs and imagination. Everything else is to our deficit: can’t fly. Don’t swim well. Chimps would beat us at arm wrestling. Five minutes in the bush and things that crawl and things that run would eat us. But thumbs and imagination opened a world to us. Our technological children might not have either. What do we have to offer them instead?

In Stevenson’s poems, our technological inhabitants are invasive, but not necessarily ominous. On a date, a man stares at the Instagram model on his phone. Anticipatory design—in which data-driven decisions are made for users, often without their ken—is discussed in the matter-of-fact way Kilmer looked at trees.

There’s a lot of conversation about what it means to be human; in “The Valley,” referencing the uncanny valley in which humans, like all primates, are made uncomfortable by things that look like us but not quite, she closes “it’s not as deep as you’d think / just so dark you could drop in anything / and it would disappear.”

The poems are, at times, abstract, but so is imagination. So are thumbs. So is the future. They are also, in spite of the ugliness of our coming challenges, just stunningly pretty. This is especially true at the edges of the things that we so often use to define ourselves in our humanity, the things we think are unique but aren’t: our physical beauty, that from some of our bodies we can make new bodies.

The question is: Will they ever write poems? And will their poems ever, ever talk about us as much as we will about them?

Or are we, as Stevenson might suggest, just human resources?