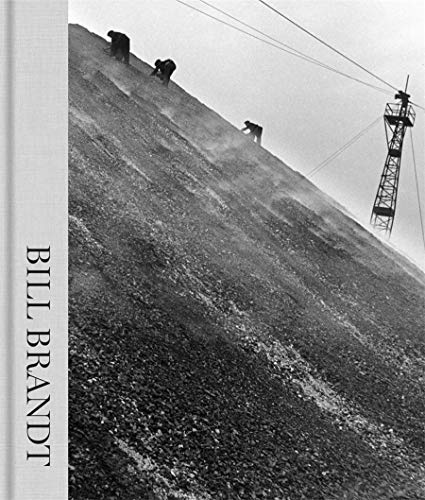 “Bill Brandt, the work, is now just beginning to enjoy its second life.”

Every photograph has two lives: the one today and the one tomorrow.

The one today we keep for ourselves; the one tomorrow lives beyond our sight or our command. More often than not, the photographer who makes the work has been relegated to the dustbin of history by the time their work becomes history itself. So, too, it goes for Bill Brandt, the seminal street photographer whose variable career ended with his death 37 years ago but who still enjoys life after life in his unseen future.

In Bill Brandt we get a monograph that’s an academic, rather than artistic, take on a lifetime of work. Curated by two professors and a philosopher, it reflects not the craft but the life behind the craft: all art is autobiographical, and Brandt’s work here offers a reflection on a life and creation that were, like their maker, varied.

The book is all over the place and, really, that’s to its credit, reflecting the work of an artist who was unusually willing to admit that he, like every other artist, was a bit all over the place.  There’s a montage of British wartime images mixed with a collage of singular eyes adjoining a collection of sad, distorted nudes that make you wonder if Brandt did not look at the female body, or his own, with despair. Brandt did many, many things in his life and career, and this volume, admirably, works to cover all of them.

The gallery of portraits here, offered as a mid-volume riposte after a long trek through challenging images, feels notable, especially in their contrast to his contemporaries: at the same time that Arnold Newman was moving furniture around the homes of every notable person below the moon, and Halsman was offering bombastic, attention-grabbing scenes from films never made, in Brandt's portraiture is found the honesty his street photographs so often lacked, where the subjects are given pride of place within their own lives instead of the photographer's imagination.

Those street photographs of Brandt’s have always been and will always be remarkable and the most remarked-upon thing about Brandt: He is most noted for the audacity of creating street images that are, like all of us, not entirely real. Brandt came into his own in a time in which street photography was being separated into two camps dominated by Bresson and Frank, and instead offered an alternative: If all photographers lie, why do photographs need to be true?  Brandt's real, fake, street photographs, staged to tell stories rather than find them, offer a corrupt, yet philosophical solution: Once you can fake sincerity, you've got it made.

Again, all art is autobiographical; if Brandt’s images are “fake,” whatever that means, it means more than that. Perhaps the most influential modernist photographer of his generation, Brandt built reality through artifice: What was important to him was not the journey, but the destination.

Even Brandt's mixed typewritten, handwritten manifesto—"A Statement," here strutting as an afterword—makes plain that where Brandt lacked cohesion, he improved himself with self-reflection. In death, as the poet W. H. Auden once reflected, we become our admirers, and Brandt, gone nearly 40 years, has had the courtesy in his absence to let his admirers become him.

The curation here—provided by the Fundación MAPFRE, for whom this book stands as a catalogue—is top notch, with the disjointed and various projects of Brandt's life married to one another in confrontation and conversation. While it adds little not found in Sarah Meister’s monograph on Brandt’s work for the 2013 Museum of Modern Art exhibition, it is still a tremendous effort, and here Brandt's manic and uneven passions are corralled into a much more singular focus.