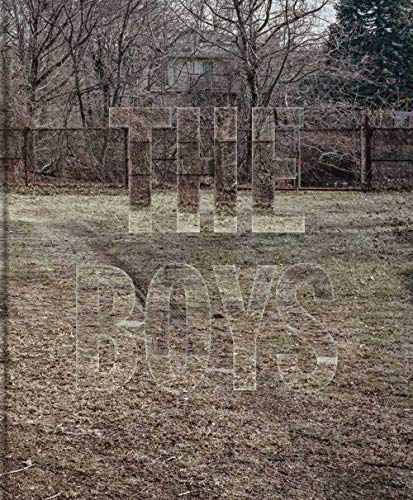 “In the new Long Island, the one yet undiscovered, the one just now being born, the boys and the girls of the future can look at this beautiful book and know that even ghost stories can have happy endings.”

It’s been 147 years since Melvil Dewey invented his decimal cataloguing system to classify and organize every book in the wide world of written language, but even still our sorting structure gets one wrong now and again. The Boys is one such book. Every library and bookseller in the nation is going to call this a photography book: after all, it’s a book of photographs, by a photographer.

They are wrong. It’s a ghost story.

The Boys is the tale of a dozen men who’ve ceased to exist as they once were, if ever they matched their memories at all. It’s a look back at 12 Long Island teenagers, decades later: a paean to a middle income, middle class, middle-aged people of middling lives born mid-century but grown, as if by surprise, old.

“We’re from nowhere,” photographer and author Rick Schatzberg begins his third chapter, “a place with no history.” Of course, no place has no history, no person has no history. Schatzberg has chronicled the latter days of this group of intimate friends in a way only such intimacy affords: shirtless and fragile, in a remarkable group of portraits paired with snapshots from fifty years ago, cleverly telling the story of spring blooms in autumn.

Woodmere, Long Island—a familiar everywhere to stand-in for wherever you’re from—is as fitting a location as any: in vintage photographs, the teenage boys romp around Long Island, itself a new old place, whose average suburban streets still bear the names of the ancient dirt paths they’ve come to cover. In newer ones, they totter the old familiar streets in the sort of unfettered, affectionate friendship that allows a group of people to say anything to one another, or nothing at all.

There is no world outside their clique in these images—no jobs to consider, tragedies to fret, families to boast or strive for. Removed of their kith and kin, the clansmen of these portraits are often grandfathers required to be neither fathers nor grand, just boys grown beyond their images.

The Long Islanders and their long island have both grown unrecognizable.

The volume, produced by powerHouse, brings their typical clever charm to the table, with the portraits and their juxtaposed forebear images presented in fold-out spreads. The format is dextrous but difficult, with fold-out pages tucked tenderly within one another, guaranteed to soon leave the book as weathered and cracked as the men within it. One wonders if any well-loved copy, ten years from now, will be as fragile as the men trapped not only by time but by paper inside it, the book’s old scars looking like they might themselves tenderly open to show these men heavy, skin-sloughing, with wounds far deeper that cannot be seen.

“Even before I made the portraits I knew I would also be a subject.” writes Schatzberg. “I’m at ease with impermanence.” Old men often become invisible, never more so than in a book where they’re literally hidden behind page flaps. Schatzberg, introducing his tender self-portrait, points to the reflection you don’t recognize passing a darkened shop window; once and again in The Boys, youthful smiles are unfolded to reveal the softer, grayer men underneath them. It’s startling, but also fond, and oddly hopeful: the kids are alright.

The same old Long Island that made this photographer, these people, and this book is covered, end to end, in old colonial cemeteries. They’re shrouded in rose briars and wrapped in brambles, and this book still carries the message so often found on those sandstone slabs: reader, now, as you pass by / as you are, now, so once was I. In the new Long Island, the one yet undiscovered, the one just now being born, the boys and the girls of the future can look at this beautiful book and know that even ghost stories can have happy endings.