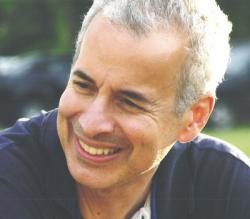 Mr. Nersesian has more than 30 years’ experience as a communications consultant and executive. He has worked across a number of industry sectors—telecommunications, financial services, retailing, nonprofit, and manufacturing—involving such communications specialties as public affairs, speechwriting, media relations, community relations, employee communications, and philanthropy.

As a consultant, he has also worked on projects for Walmart Stores, IBM, Merrill Lynch, the San Francisco Foundation, The New Jersey Policy Research Institute, The New Jersey State Chamber of Commerce, and The Arthritis Foundation.

Mr. Nersesian earned a bachelor’s degree in history from the University of Virginia, and holds master’s degrees from Yale University and New York University’s Stern School of Business in fine arts and business, respectively. He has taught corporate communications at Fairleigh Dickinson University in Madison, N.J.

Mr. Nersesian’s op-eds have been published in the New York Times, the Washington Post, and Newsday. His short stories have appeared in Ararat magazine. He has two published plays for children, and a short story included in the anthology, Crossroads.

Plutocrats: The Rise of the New Global Super-Rich and the Fall of Everyone Else

“. . . despite Ms. Freeland’s tut-tutting about the new power elite, her unintended message is that money, status, and power have always been the gods we pursue.”

Thinking Small: The Long, Strange Trip of the Volkswagen Beetle

“. . . the Beetle is an elegant machine that embodies simplicity at its most sublime.

Greedy Bastards: How We Can Stop Corporate Communists, Banksters, and Other Vampires from Sucking America Dry

“. . . with a title paying tribute to vampires, this is a book you can sink your teeth into. . . . Floss will be useless for clearing out the debris.”

Occupy Wall Street was soooo cool. I commuted from my aunt’s house in Manhasset to Zuccotti Park every day. We stuck it to the man. We told it.

“The author of such works as Liar’s Poker and Moneyball, Mr.

Let’s for a moment get our bearings after the summer of 2011’s little economic unpleasantness.

Banks at Risk: Global Best Practices in an Age of Turbulence

“The financial crisis of 2008 was a beauty pageant of fraud, failure, and forgiveness.

Idea Man: A Memoir by the Cofounder of Microsoft

In the Information Age, the sacred bonds of tech hookups trump the holy vows of matrimony.

There was some hubbub recently about an IBM supercomputer beating two “Jeopardy!” champions.

The Globalization Paradox: Democracy and the Future of the World Economy

The pillars of commerce—trade and finance—now seem like lost relics in an archaeological dig.

The Last Economic Superpower: The Retreat of Globalization, the End of American Dominance, and What We Can Do About It (Business Books)

A marked shift has occurred in the tone and assumptions surrounding our national fortune.

Imagine, if you will, that our government wants more business growth in, say, lower Manhattan. It issues a charter to a worthy company—how about Goldman Sachs, for the sake of argument?

As we end the year, serious business readers (which outnumber frivolous scanners two to one, according to my statistics) have crumpled face first into a long winter’s nap.

All the Devils Are Here: The Hidden History of the Financial Crisis

From its overheated title to its Big Journalism authors, it would be easy to dismiss All the Devils Are Here: The Hidden History of the Financial Crisis as the latest financial-crisis widg

The Master Switch: The Rise and Fall of Information Empires

Would the ideas Tim Wu espouses in The Master Switch: The Rise and Fall of Information Empires have been published if we weren’t still picking through the wreckage caused by the financial

Can Journalism Be Saved?: Rediscovering America's Appetite for News

We can carve journalism into two distinct cuts: the tough, chewy chuck of reporting and recording events and facts, and the sirloin of narrative.

Be Your Own Lobbyist: How to Give Your Small Business Big Clout with State and Local Government

All across America, business owners sleep the sleep of the troubled, nay, the guilty. They awake screaming, afflicted with a common nightmare.

Face it, denizens of the business world, our teamwork is and always has been an unmitigated disaster.

Overhaul: An Insider's Account of the Obama Administration's Emergency Rescue of the Auto Industry

Steven Rattner is known in New York circles as an operator.

The Mom & Pop Store: True Stories from the Heart of America

With multinational corporations firmly ensconced as the evil raptors of our economy, small businesses have now become the red, white, and blue of a new commercial patriotism.

How the heck did Hewlett-Packard become the Peyton Place of Silicon Valley?

It was Tom Peters who started the business book boom.

Aftershock: The Next Economy and America's Future

In 1984, one of the more unlikely lecture duos toured the country from one college auditorium to the next.

Family of Shadows: A Century of Murder, Memory, and the Armenian American Dream

The words “Armenia” and “bittersweet” have been a natural pairing for the people of that country and its diaspora.

Power: Why Some People Have It and Others Don't

This year’s Slap-In-The-Face-Get-A-Grip-Bub Award for business books goes to Jeffrey Pfeffer, business professor at Stanford and author of nine volumes on organization dynamics.

The 24-Hour Customer: New Rules for Winning in a Time-Starved, Always-Connected Economy

Empowered: Unleash Your Employees, Energize Your Customers, and Transform Your Business

If there’s one thing that doesn’t quite compute, it’s reading about the nation’s dysfunctional economy while one of the greatest business resources of our time–the Internet–is changing the nature o

The Man Who Sold America: The Amazing (but True!) Story of Albert D. Lasker and the Creation of the Advertising Century

Consider these words, penned by a man who helped shape one of the most prosperous eras in American business history:

War at the Wall Street Journal: Inside the Struggle To Control an American Business Empire

In 1990 Wall Street Journal reporters Bryan Burrough and John Helyar wrote Barbarians at the Gate, the account of the leveraged buyout of RJR Nabisco.

Why We Hate the Oil Companies: Straight Talk from an Energy Insider

The Zeroes: My Misadventures in the Decade Wall Street Went Insane

The Power of Positive Deviance: How Unlikely Innovators Solve the World's Toughest Problems

After an economic meltdown, a decade of war in the Middle East, and an Old Testament geyser in the gulf, we face a fork in the road of our national journey: Are our institutions—be they government,

The Age of Persuasion: How Marketing Ate Our Culture

From: Your Book Reviewer

I read your book.

Outsiders on the Inside: How to Create a Winning Career...Even When You Don't Fit In!

Thank goodness not everyone can make a living off of their childhood ambitions. Otherwise, who would serve as insurance actuaries?

I See Your Dream Job: A Career Intuitive Shows You How to Discover What You Were Put on Earth to Do

I want to be careful here.

High Financier: The Lives and Time of Siegmund Warburg

For all the dyspepsia induced by the Great Recession, Niall Ferguson, one of our best economic historians, has offered us a tonic: a biography not of a dealer, trader, or hedger, but rather a b

Googled: The End of the World As We Know It

The cliché is that we live in an age of celebrity—where even our current president is revered more for the role each of us projects on him (Avatar of racial progress? Pioneer of multiculturalism?

Fur, Fortune, and Empire: The Epic History of the Fur Trade in America

Woe be unto the American marketplace. Its raw commodities are exhausted, its markets sullied; it is a land of bad deals, betrayed customers, and unscrupulous operators. . . .

Chasing Goldman Sachs: How the Masters of the Universe Melted Wall Street Down . . . And Why They'll Take Us to the Brink Again