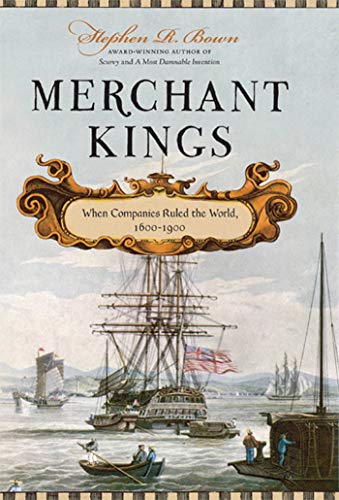 Imagine, if you will, that our government wants more business growth in, say, lower Manhattan. It issues a charter to a worthy company—how about Goldman Sachs, for the sake of argument? Goldman, with the full authority of the Congress and President, decides that the jobs of the future will involve manufacturing the new Paulson Widget, and require tracts of land to build new plants. It evicts thousands of tenants in neighborhoods like Battery Park, Soho, and Tribeca.

The company then sends them off in ferries to fend for themselves in New Jersey, and then razes their apartment buildings and lofts to make way for the new assembly lines. Some citizens revolt, taking up arms.

Goldman is empowered to raise its own army, with its chairman Lloyd Blankfein as commander-in-chief. Using the anti-insurgency tactics perfected in Iraq, it roots out the leaders, pays them off and enlists them as heads of various trading desks at company headquarters. The headquarters building, by the way, is the capital of the new region, called “Derivia” after the financial instruments that made Goldman great. In addition to a navy that patrols the Hudson and East Rivers, the company, for security reasons, has refurbished its façade with gun towers and turrets to protect employees as they enter and exit.

And there you have in a nutshell the sad theme of Stephen Bown’s Merchant Kings—When Companies Ruled the World, 1600–1900. Bown focuses not so much on the workings of the merchant companies such as the Dutch East India, Hudson’s Bay, and British South Africa, as on the men they employed to open markets and conquer territory: Coen, Stuyvesant, Clive, Baranov, Simpson, and Rhodes.

Although historians label this period the Age of Heroic Commerce, it was anything but. Instead, buccaneers backed by home-country investors risked all for profits, power and glory. Anything standing in their way was crushed. In fact, Bown’s portraits are disconcertingly similar, each man cut from the same cloth—vain, dictatorial, inflexible, and close to heartless. Only Baranov, head of the Russian American Company, showed the slightest consideration for the welfare of his men or the native Alaskans he exploited.

Such commercial raptors make our own age’s vulgarians seem effete by comparison, although some have done far more damage with collateralized debt obligations than Clive of India did with cannon and infantry. Bown’s tales of achievement and destruction raise the same questions each generation faces: What is the cost of progress? Is capitalism agnostic and its best practitioners immoral? Do markets and customers only benefit when weak producers fall by the wayside? Most important, is commerce just a subset of our species’ foibles, which compels us, unlike our fellow animals, to pursue and devour not just to satisfy our hunger but also to sate our baser desires: greed, wrath, envy?

Bown, to his credit, believes such sins are balanced by virtue. “Complex and intriguing characters,” he writes, “the [merchant kings] were neither heroes nor angels. They seized the opportunities they were given and had an impact on the world as great as that of famous monarchs.”

Although he seems to have drawn exclusively from secondary sources, Bown has fashioned a chronicle perfectly relevant to our own time—and ultimately shows us that a market is free only when those who live and consume within it are protected from the powerful.