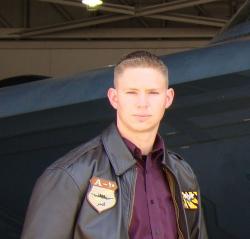 James R. Hannibal (pseudonym) graduated from the U.S. Air Force Academy where he focused on Islamic Terrorism and earned a bachelor’s degree in Middle Eastern Studies.

Once commissioned, he flew the A-10 Thunderbolt II in the skies over Europe, America, and the Middle East and later the B-2 Spirit over America and the Pacific. He flew combat missions in the A-10 in Operation Southern Watch and worked as a key planner in the B-2 Mission Planning Cell during Iraqi Freedom.

Mr. Hannibal is the author of the stealth ops thriller, Wraith, as well as the young adult pirate adventure, Pirates: The Midnight Passage. Because of Mr. Hannibal’s former top-secret clearances, Wraith had to be “sanitized” and approved for release by Stealth Program Security.

The fairest and deadliest of the Texas Rangers returns alongside her usual rough-riding entourage in a new thriller that upholds the Jon Land’s high bar for action and storytelling.

Killing a King: The Assassination of Yitzhak Rabin and the Remaking of Israel

Killing a King by Dan Ephron is extraordinary in its detail as a behind the scenes account of both the Oslo Peace Accords and the assassination of Israeli Prime Minister Yitzhak Rabin.

“combines the insight and subtlety of the great literary masters with the vivid imagery and heart-pounding action of a big-screen blockbuster.”

“adds little, if anything, to the lexicon of literature covering the Persian Gulf region.”

“Paging through Black Scorpion, readers may get the sense that they are witnessing a new literary phenomenon emerge.”

“Strong Darkness is a gritty, fast-paced, and unpredictable tale that will both enlighten and enthrall its readers.”

Civilian Warriors: The Inside Story of Blackwater and the Unsung Heroes of the War on Terror

“In his long-awaited memoir, Blackwater founder Erik Prince offers an alternative view of his much-maligned company, and he backs it up with extremely compelling evidence.”

The Warrior State: Pakistan in the Contemporary World

“The Warrior State is compelling, thought provoking, and extremely well written, without the wordiness and redundancy that seem to plague academic

The Tenth Circle (The Blaine McCracken)

Black world troubleshooter Blaine McCracken is the Grim Reaper in human form. When he emerges from the shadows to reap a harvest among the corrupt and the wicked, the bodies will fall.

Ashes of Hama: The Muslim Brotherhood in Syria

“. . . an impressive and unprecedented compendium of research . . . a veritable slog.”

Freaking Out: A Decade of Living with Terrorism

KBL: Kill Bin Laden: A Novel Based on True Events

You already know the ending. Of course, in some cases getting there is most of the fun.

“Beyond classrooms, general readers will likely find a few of the selections compelling and the rest boorish and preachy.

The Heart and the Fist: The Education of a Humanitarian, the Making of a Navy SEAL

A Bosnian woman once asked author Eric Greitens “Why don’t you do anything?” At the moment, the question led to a frustrating conversation; Mr.

The Severance: A Novel

There are good eggs and bad eggs in every organization. The U.S. Army is no exception, but the Uniform Code of Military Justice and dishonorable discharges usually take care of the worst.

A New Shoah: The Untold Story of Israel's Victims of Terrorism

“Every Jew has a name.” So begins this historic work by Italian reporter Giulio Meotti.

Fear or faith? When the world comes to an end, how will you respond?

Army National Guard Captain Benjamin Tupper brings us this important collection of blogs and essays from his year-long tour in Afghanistan.

The Campaign of Fear

Imagine the lives that would be saved, the life-altering wounds prevented, if there existed a device that could find and detonate Improvised Explosive Devices well ahead of a military patrol or con

Atria Books, October 2009 Pursuit of Honor is an ideal title for this CIA political thriller.

Intelligence: A Novel of the CIA

A 21-year veteran of the Central Intelligence Agency, Susan Hasler begins a new career as a novelist with this brilliantly written satirical thriller and blatant, all-out attack on her former emplo

Deliver Us from Evil

The word Evil is displayed in huge red font on the cover of Baldacci’s latest thriller. This display could not be more appropriate.

Forgiveness. You won’t believe it when you start reading this book—at least not for a good while—but Caught is all about forgiveness.