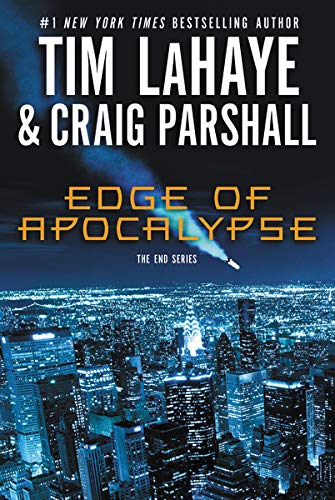 Fear or faith? When the world comes to an end, how will you respond?

In the not-too-distant future, a misguided North Korean naval crew launches two nuclear missiles at Manhattan. Panic ensues as the press gets wind of the attack and the missiles become visible over the horizon. Then a miracle occurs. Retired Air Force hero Joshua Jordan employs an untested defensive system of his own design, turning the missiles back upon the offending vessel. New York is saved, but the deed is done. Never have so many American civilians come so close to annihilation. Terrified citizens flock to the churches looking for answers. “Fear or faith?” Pastor Paul Campbell asks his congregation. “What is your reaction?”

Despite the urgings of his Christian wife, Joshua Jordan has no time for such questions. The failed attack on New York unleashes a tidal wave of conflict and controversy, all headed straight for him. Both the White House and an international assassin both want his Return To Sender defense system. Sadly, they both want it for the same reason: to sell to the highest bidder. The assassin wants to sell Jordan’s technology to rogue nations. The White House wants to offer it to China and Russia in exchange for debt forgiveness and favorable trade agreements. Jordan must navigate a web of conspiracy and violence as he strives to protect his family from an assassin—and his nation from its own leaders.

Tim LaHaye, one of the authors of the famed Left Behind series, is no stranger to apocalyptic writing. However, in this effort with co-author Craig Parshall, he does not make end-time prophecies the focus. Most of the theological discussion in Edge of Apocalypse centers around the basics of the Christian faith: What does it mean that Christ died for everyone? How can someone seeking faith find a relationship with Him? The fact that these discussions take place within an apocalyptic setting simply make them a little more urgent.

With Edge of Apocalypse, LaHaye and Parshall attempted to create blockbuster fiction on a grand scale. This book is a military thriller, legal thriller, cop thriller, and political thriller all packed into a little over four hundred pages. This ambitious effort may leave readers frustrated and befuddled early on as each chapter seems to introduce new characters and new subplots, but the authors successfully bring it all together in the end with an exciting, page-turning conclusion.

Tim LaHaye fans will definitely want to pick this one up, as its ending leaves no doubt that further Joshua Jordan adventures will follow. Dedicated techno-thriller fans may find frustrating subtle errors in technology and stretches in plausibility, but anyone looking for a clean, suspenseful novel will enjoy Edge of Apocalypse.