The Severance: A Novel 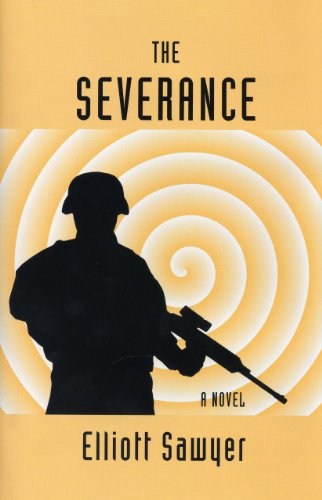 There are good eggs and bad eggs in every organization. The U.S. Army is no exception, but the Uniform Code of Military Justice and dishonorable discharges usually take care of the worst.

In The Severance, real-life Army Captain Elliot Sawyer postulates what might happen if 22 of these bad eggs were lumped together in a platoon rather than being dishonorably discharged, and let loose in the Wild West environment of present-day Afghanistan.

Captain Jake Roberts is a platoon leader with a dark past—a past that eventually places him in command of the Army’s best and worst idea ever. Kodiak Platoon is an organization full of misfits. The battalion commander has packed thieves, alcoholics, and brawlers together into a platoon that can take care of the missions that he doesn’t want to “waste good soldiers on.” These soldiers, with nothing to lose, become an effective fighting force, and the Army repeatedly sends them out to do the dirty work instead of keeping a tight leash on them.

While out on a nighttime operation, Kodiak Platoon stumbles upon a cache of millions in stolen contractor money. Even good soldiers might have trouble turning over millions of dollars to the proper authorities, and these aren’t good soldiers. They resolve to take the money and smuggle it out of Afghanistan at the end of their tour.

Unfortunately for Roberts and his platoon of likable miscreants, someone else knows about the money, and that someone is not afraid to kill. The Severance becomes a tense whodunnit as Roberts discovers that when you’re running a band of thieves, it’s hard to know who to trust.

Elliott Sawyer is as authentic as they come. A 101st Airborne veteran with two recent tours in Iraq and Afghanistan and a Bronze Star on his chest, he writes with the realism that only combat veterans can. In this debut novel, he weaves together a complex plot full of twists and turns that will keep mystery fans guessing, while offering the intense battle scenes and credible technical details that military fiction fans crave.

There are few detractors to this well-written novel. Some readers may find a couple of the perspective jumps and flashback transitions confusing, but overall Sawyer’s prose and dialogue flow well. There are also a few blocks of dialogue with intense foul language, as well as incidences of infidelity, and a short discussion of a soldier’s homosexuality, so this book might not be appropriate for all younger children.

Sawyer’s debut performance is admirable. With its mystery twist on a battlefield story, The Severance reaches out to fans of multiple thriller genres. We can certainly expect, or at least hope, to see more adventures with Jake Roberts and his misfit platoon.