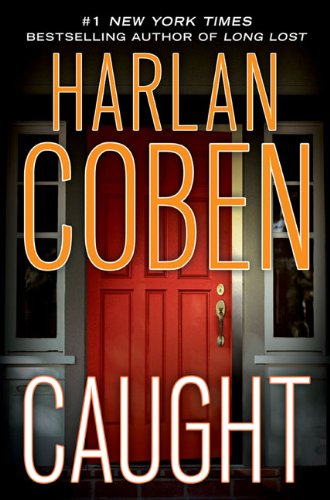 Forgiveness. You won’t believe it when you start reading this book—at least not for a good while—but Caught is all about forgiveness. More than that, though, it is a phenomenal thriller.

Wendy Tynes is a reporter who’s made her name catching pedophiles on camera. Some accuse her of sensationalism, of being little better than a tabloid journalist, but Wendy truly believes in her cause. That is, until she exposes child social worker, Dan Mercer. Mercer doesn’t fit the profile. The evidence against him is substantial, but it’s also circumstantial. He is quickly acquitted, and something deep within Wendy’s subconscious tells her she might have exposed the wrong man. It’s too late. Mercer’s life is ruined, and before Wendy can find out the truth, an angry parent guns him down right in front of her.

Meanwhile, another teenage girl has gone missing, and Mercer is blamed. Was Wendy right in the first place? Did the parent who shot Mercer kill the only man that could lead her to the missing girl? Or is the real monster still on the loose? Wendy’s investigative instincts kick in, and soon she uncovers a tangled web of pain and betrayal that goes well beyond Mercer and the girl. Another force is systematically ruining the lives of Mercer’s Princeton classmates, and now it threatens to ruin hers. She must find the girl and unmask the culprit before she is buried by her own story.

Caught is much more than a simple mystery-thriller. Most of the cast is dealing with loss on some level. Through his characters’ eyes, Coben allows us to feel pain and anger, the discovery of a heinous act against a child, the loss of another, the death of a loving father. Even his heroine must face the drunk driver who killed her husband. Coben’s ability to capture the thoughts and emotions of his characters and transfer them to the reader is uncanny, even unsettling. To say that this reviewer could not put down this book would be untrue; because, thanks to Coben, I had to put it down every few pages so that I could go hug my wife and children. It is not all darkness and gloom, though. Coben offers relief with comic gems that will have you chuckling to yourself and plotting to use his witticisms on your friends.

This novel has very few detractors. There is mild language and crude humor, but nothing gratuitous. If there is any real downside, it has to be the pulling of teeth. Poor Wendy. Anytime she seeks information she must wade through a thick swamp of stone walls and evasive answers. No one wants to give her a straight answer, even those who have no apparent reason to dodge her. This not only bogs down her investigation, it bogs down the story. Still, I was way too involved in the plot to stop reading. Instead, when Wendy began another teeth-pulling session, I found myself skipping a few canines and incisors until I got to the molar she was looking for.

Criticisms aside, Caught is a great book. Due to the subject matter of pedophiles and child rapists, I would not recommend it for teens, but I would definitely recommend it to adults. In all, it is a gripping, suspenseful tale that will tear at your heart and keep you guessing until the very end. And don’t forget, despite the killers and perverts, this is a story about forgiveness. Trust me.