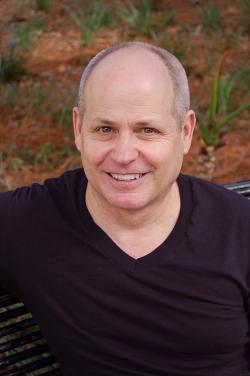 Clayton Delery is a Louisiana native who was raised in the New Orleans area. He has a B.A. and an M.A. from the University of Louisiana, Lafayette, and a Ph.D. from the Graduate Center of the City University of New York.

For 26 years, he was a member of the faculty at the Louisiana School for Math, Science, and the Arts, one of the nation's premier high schools for academically gifted students.

Though he was an English teacher, in the later years of his career he found his interests shifting to LGBT+ history. His book, The Up Stairs Lounge Arson (McFarland, 2014) is a nonfiction account of the deadliest fire New Orleans has ever seen. Until the Orlando Pulse shooting in 2016, this fire was also the largest mass-killing of LGBT people in the nation's history.

His new book: Out for Queer Blood: The Murder of Fernando Rios and the Failure of New Orleans Justice (Exposit, 2017), tells the story of a killing that occurred in New Orleans in 1958 when three young men decided to entertain themselves by beating up a gay man.

Clayton Delery retired from teaching in 2015. He currently lives and writes in New Orleans.

Out for Queer Blood: The Murder of Fernando Rios and the Failure of New Orleans Justice

“A Pros and Cons List for Strong Emotions is a memoir full of love, humor, and pain.

Gay, Catholic, and American: My Legal Battle for Marriage Equality and Inclusion

“Gay, Catholic and American is a book about both past and ongoing struggles for LGBTQ+ equality, and reminds readers that these battles are important, even, and perhaps especially,

“In editing and republishing Ethel’s Love-Life, Christopher Looby has demonstrated how profoundly ahead of her time Margaret Sweat could be.

“Meticulously researched, and deftly written, The Engagement has all the thrill of a suspense novel and manages to discuss many fine points of legal procedure without ever becoming

Never Anyone But You: A Novel

“powerful raw material . . . stunningly beautiful prose. [But] it’s a shame that Thomson’s gifts and these women’s lives were not put to better use.”

What Is the Grass: Walt Whitman in My Life

“a fascinating book about Whitman, his poetry, and the ways queer life has evolved in America over the last three centuries . . .”

“I Don’t Want to Die Poor is an excellent critique of the way that our society encourages people to try for more, and then punishes them for doing so.”

Gay Like Me: A Father Writes to His Son

“Gay Like Me is not just an expression of love, but it is a collection of parental advice many LGBTQ+ youth will never otherwise have.”

Beautiful on the Outside: A Memoir

“Beautiful on the Outside is a fascinating study in motivation, concentration, and discipline, and one that has lessons for anyone in pursuit of excellence.

My Life on the Line: How the NFL Damn Near Killed Me, and Ended Up Saving My Life

The Lie: A Memoir of Two Marriages, Catfishing & Coming Out

“‘We are not the first generation of queer people to have found ourselves trapped in a straight marriage,’ he writes, ‘but please God, let us be the last.’ Books like his will help that pra

Rainbow Warrior: My Life in Color

“Rainbow Warrior is an engaging read. It is funny, poignant, painful, and triumphant. It is never less than entertaining.”

“Outrages is a fascinating history book with a cast of characters and an epic sweep that make it read like a novel Charles Dickens could have written, if he had ev

“Headcase is important reading for any LGBTQ persons with mental health and wellness concerns, and is equally important for the therapists who treat such populatio

“Real Queer America is a fun read in which Allen’s copious research informs, but never overwhelms, the many stories of disparate, fascinating LGBT lives.”

“One-Dimensional Queer raises provocative and important questions about the intersectionality of race, gender, and sexuality, and about the extent to which capital

All That Heaven Allows: A Biography of Rock Hudson

“All That Heaven Allows is a rich and complex story of Hollywood’s biggest star in its most golden age.”

“The Boys of Fairy Town is an informative, entertaining, and often eye-opening book that examines the complexity of male queer culture in one of the nation’s most

Has the Gay Movement Failed?

“Duberman’s book is deliberately uncomfortable. It raises difficult questions, and does not provide easy answers.”