Beautiful on the Outside: A Memoir 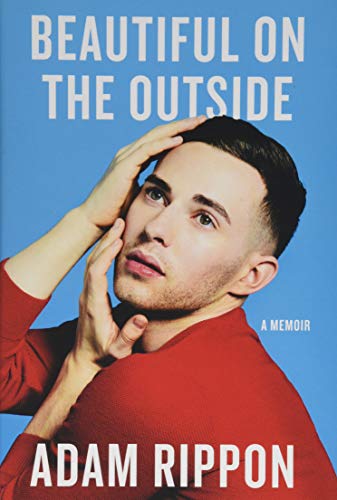 “Beautiful on the Outside is a fascinating study in motivation, concentration, and discipline, and one that has lessons for anyone in pursuit of excellence. The fact that it is so full of laughs only makes it that much better.”

Memoirs about growing up gay, living in the closet, and finally making a decision to come out tend to be painful and bleak. Two recent memoirs, My Life on the Line by Ryan O’Callaghan, and The Lie by William Dameron follow this formula. Though both books end on positive notes, the journeys toward those hopeful endings are full of loneliness, pain, and despair.

Leave it to Adam Rippon, figure-skating Olympic medalist and self-professed America’s Sweetheart, to break the formula. In Beautiful on the Outside, Rippon reminds us that gay doesn’t just mean homosexual, but it can also mean cheerful, light-hearted, playful, and exuberant.

Make no mistake: There is plenty of material here that could have resulted in a distressing memoir: Rippon’s childhood was lonely, his parents’ divorce left him estranged from his father for long periods, his road to the Olympics was long and never guaranteed.

The difference is that Rippon is such a gifted and vibrant raconteur that he’s continually cracking jokes, whether the subject is a jeweled shirt he is wearing for one of his programs, or a broken foot that threatens to end his skating career.

Of course, being a good storyteller is not quite the same thing as being a good writer, and one wishes that Rippon’s editor had paid more attention to grammar.  In particular, verbs tend to float between tenses for no discernible reason. Still, Rippon’s style is so vibrant and conversational that few people other than English teachers are going to notice, let alone be distracted.

Though Rippon was the first openly gay athlete to medal in the Olympics, the focus in this book is his athleticism, not his sexuality. Rippon’s coming out stories are generally a series of anti-climaxes. When the tells his family he’s gay at the relatively late age of 22, nobody is surprised, and a younger sister is delighted (apparently in her social circles having a gay sibling is a status symbol).

Breaking the mold of athletes who don’t come out publicly until they are through competing, Rippon does so three years before his Olympic participation. Though Rippon sketches in several romances and near-romances, his story is so focused on skating that his sexuality is usually in the background, except when he tells the story of refusing to accept an invitation to meet Mike Pence because of the vice president’s poor support of gay rights and alleged support of conversion therapy.

The real value in Rippon’s book lies in his descriptions of how he trained and how he crafted his career. Beautiful on the Outside is a fascinating study in motivation, concentration, and discipline, and one that has lessons for anyone in pursuit of excellence. The fact that it is so full of laughs only makes it that much better.