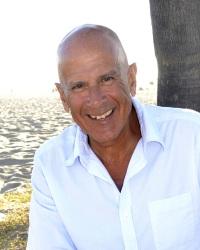 Clifford A. Wright is an independent scholar and cookbook author who won the James Beard/KitchenAid Cookbook of the Year award and the James Beard Award for the Best Writing on Food in 2000 for A Mediterranean Feast (William Morrow).

He is the author of 15 other books, 13 of which are cookbooks, including his latest One-Pot Wonders.

Mr. Wright wrote food entries for Columbia University’s Encyclopedia of the Modern Middle East and Oxford University Press’ Oxford Companion to Sugar and Sweets. He is a contributor to Zesterdaily.com and has lectured on food at the Center for European Studies, Harvard University, Georgetown University, Davidson College, South Dakota State University, Culinary Institute of America, and other venues.

As a cooking teacher he has taught at many cooking schools around the United States and was co-founder of the Venice Cooking School.

Books by Clifford A. Wright

The Best Soups In The World

Some Like It Hot: Spicy Favorites From The World's Hot Zones

The Little Foods of the Mediterranean: 500 Fabulous Recipes for Antipasti, Tapas, Hors D'Oeuvre, Meze, and More

Mediterranean Vegetables: A Cook's ABC of Vegetables and Their Preparation in Spain, France, Italy, Greece, Turkey, the Middle East, and North Africa, ... than 200 Authentic Recipes for the Home Cook

A Mediterranean Feast: The Story of the Birth of the Celebrated Cuisines of the Mediterranean from the Merchants of Venice to the Barbary Corsairs, with More than 500 Recipes

The Cheesemonger's Seasons: Recipes for Enjoying Cheeses with Ripe Fruits and Vegetables

Cooking New American: How to Cook the Food You Really Love to Eat

The Oldways Table: Essays and Recipes from the Culinary Think Tank

Menu for All Seasons: Autumn

After the Palestine-Israel War: Limits to U.S. and Israeli Policy

Facts And Fables: The Arab-Israeli Conflict

Book Reviews by Clifford A. Wright

“African Founders is a Promethean work, a truly magisterial and magnificent book of cultural history that extracts from potentially dry demographi

Victory at Sea: Naval Power and the Transformation of the Global Order in World War II

101 Thai Dishes You Need to Cook Before You Die: The Essential Recipes, Techniques and Ingredients of Thailand

What an appealing visage Jet Tila has! His photo on the book cover is as inviting as the food depicted   the title.

“World War II Map by Map is a delight to leaf through and is highly recommended for those desiring a pictorial introduction to World War II.”

The Plaza: The Secret Life of America's Most Famous Hotel

For probably the silliest of reasons I wanted to review this book on one of New York City’s great landmark hotels, The Plaza.

Zaitoun: Recipes from the Palestinian Kitchen

Zaitoun: Recipes from the Palestinian Kitchen, a new book by former human rights worker Yasmin Khan, was published with rave reviews by the likes of the late Anthony Bourdain, chef Yotam O

The Scent of Pomegranates and Rose Water: Reviving the Beautiful Food Traditions of Syria

“the best Middle Eastern cookbook in the last 20 years if not the best ever.

“this is a fun and personal book if you want to experiment with Moroccan flavors and eat some delicious preparations accompanied by wonderful photos of the finished dishes.”

Sicilia: The Cooking of Casa Planeta

Casa Planeta is a large and old Sicilian wine company, producers of renowned and award-winning wines and olive oils, celebrated in this book by Elisia Menduni, where a collection of culinary tradit

“[has] great appeal as a cookbook of Mediterranean food par excellence.”

Although this book’s title seems to indicate that this is the end-all, the definitive and comprehensive Greek cookbook still awaits its author/researcher.

A great dilemma faced by any cookbook author when writing about a foreign cuisine is how deeply to connect the recipes with the gastronomy of the place written about.

The Oxford Companion to Cheese

Ingredienti: Marcella's Guide to the Market

This charming little ode to the ingredients used in the Italian cooking of Marcella Hazan in a sense is as important to cooking as any of her cookbooks.

Flavors of Sicily: Fresh and vibrant recipes from a unique Mediterranean island

The first sentence of Ursula Ferrigno’s beautifully photographed Flavors of Sicily: Fresh and Vibrant Recipes from a Unique Mediterranean Island surely was the impetus for her ode to Sicil