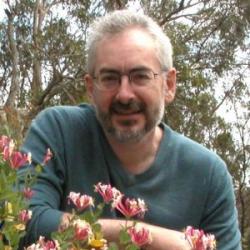 After training as a psychologist in the U.K., Graham Storrs had a successful career in artificial intelligence and human-computer interaction R&D, later running large interactive multimedia groups for major IT corporations. His work has taken him all over Europe, the USA and Australia, where he finally settled.

Following a recent tree-change to a quiet part of rural Queensland, Mr. Storrs now devotes all his time to his family, his Airedale terrier, Bertie, and to the great love of his life: writing science fiction.

His début novel, TimeSplash, was published in 2010. He has also published three children’s science books along with several short stories and a great many technical articles.

The Sea and Summer

“The Sea and Summer is almost the definition of what good science fiction is about.”

The Epigenetics Revolution: How Modern Biology Is Rewriting Our Understanding of Genetics, Disease, and Inheritance

“The science of epigenetics is going to be huge . . .”

“There is something flat about the story despite all the action. We move from scene to scene as if touring a number of set piece tableaux in a museum ride.

The Quantum Universe (And Why Anything That Can Happen Does)

“Quantum theory is weird, yes, but it absolutely has to be the way it is in order to explain the weird behavior of the world we live in. . . .

Count to a Trillion

“One of the great pleasures of reading utopian sci-fi is that one sees the author play with wild and exciting possibilities, to present futures we might one day have to live, and to juxtapo

“If you like spacey space adventures, this book will not disappoint.

The Believing Brain: From Ghosts and Gods to Politics and Conspiracies---How We Construct Beliefs and Reinforce Them as Truths

“Belief comes first, rationalizations follow behind. That is the basic theme of this new book on belief by professional skeptic, Michael Shermer.”

Fuzzy Nation is a “reboot:” a re-imagining of the 1962 novel Little Fuzzy by H. Beam Piper. As Mr.

Cycles of Time: An Extraordinary New View of the Universe

Professor Penrose is one of the world’s leading mathematicians and a man who has also made significant contributions to theoretical physics.

Final Jeopardy: Man vs. Machine and the Quest to Know Everything

Over the past few days this February 2011, a computer called Watson, built and programmed by IBM researchers, has played the game of Jeopardy! against two of the contest’s best players.

The Hidden Reality: Parallel Universes and the Deep Laws of the Cosmos

The Discovery of Jeanne Baret: A Story of Science, the High Seas, and the First Woman to Circumnavigate the Globe

Why Does E=mc2? is one of those questions that educated
non-physicists must have been asking themselves for over a hundred

Gateways is a collection of pieces—short stories and accolades—assembled with the sole purpose of honoring one of the greatest science fiction writers ever, Frederick Pohl, on the occasion

The Artificial Ape: How Technology Changed the Course of Human Evolution (MacSci)

The Artificial Ape is a book with a plausible idea, but that is all it has.

Richard Dawkins is one of the most popular and widely read scientists alive today. Anyone who has read The Selfish Gene, or The Blind Watchmaker, will understand why.

Danbert Nobacon, whose penname seems to be derived from an old knock-knock joke, is best known for his part in the rock band Chumbawamba.

Cro-Magnon: How the Ice Age Gave Birth to the First Modern Humans

By any standards, Brian Fagan is a leading authority on archaeology, and, with 46 books on the subject to his credit, he is among the world’s leading popularizers of the field.

This is a book that aims to set the West’s exploration of the solar system in its historical context.

The Dream of Perpetual Motion

The Dream of Perpetual Motion is a steampunk fairytale set in an alternative twentieth century.

It is surprising that a Web search did not turn up a blog for Hugh Raffles.

Epitaph Road is the latest in a string of successful young adult novels by David Patneaude.

Einstein's God: Conversations About Science and the Human Spirit

Krista Tippett has spent the past decade interviewing people about religion and spiritual ethics as the host of public radio’s “Speaking of Faith.” Einstein’s God is an edited selection fr