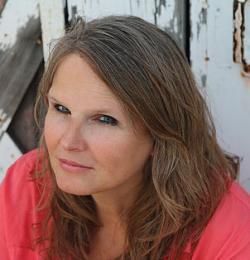 Cynthia A. Graham is the winner of several writing awards, including a Gold IPPY, two Midwest Book Awards, and was named a finalist for the Oklahoma Book Award.

Her fifth novel, Below the Surface, will be released in March 2019. The Lies (Blank Slate Press) was released in 2018. Her short stories have appeared in both university and national literary publications and she attained a B.A. in English from the Pierre Laclede Honors College at the University of Missouri in St. Louis.

Books by Cynthia A. Graham

Behind Every Door: A Novel (2) (Hick Blackburn)

Between the Lies: A Novel (3) (Hick Blackburn)

Below the Surface (Hick Blackburn)

Book Reviews by Cynthia A. Graham

“The Chanel Sisters is a well-researched historical fiction that depicts France’s Belle Epoch and post-war change.

Universe of Two: A Novel

“Universe of Two is a love story. . . . It is an honest, compelling tale of the human cost of war and the fight that occurs when war ends and redemption begins.”

“The Night Watchman is above all a story of resilience. . . .

“a nuanced exploration of family jealousies, mental illness, and repercussions that reverberate throughout generations.”

A Single Thread: A Novel

“Peopled with strong female characters, A Single Thread is a tribute to those women who defied convention and dared to find happiness in a world that had nothing left to offer them

“A story of loss and heartbreak, sacrifice and compassion, The Long Flight Home is ultimately a story of hope.”

Sara Kemp arrives in the Spitalfields section of London in 1768 with nothing but a few pounds and a letter of introduction to work for a family as maid.

“In American Duchess the reader is afforded a remarkable and realistic portrait of a life well-lived in spite of and often in opposition to societal expectations.

“an insightful and smart look at Pakistani culture and the ways in which women are viewed and how they view themselves. . . .

A Sky So Close to Us: A novel

“Shahla Ujayli uses Joumane’s thoughts as a frame in which to tell stories that are rich in their historical perspective of the region and the people who populate it.

“In this tender and heartfelt story, Sofia Lundberg offers a reminder that those we too easily dismiss, such as the elderly, have rich histories and lives that we can learn from.”

“a love song, not to certainty, but to possibility. Philosophical and thought-provoking, Extinctions will remain with you long after the last page.”

A Well-Behaved Woman: A Novel of the Vanderbilts

“A tale well-researched and honest, it returns to Alva Smith Vanderbilt that which many historians have taken away: her voice.”

The Storyteller's Secret: A Novel

“The Storyteller’s Secret is a lavishly told tale of secrets, love, and loyalty.

“a convincing, fascinating glimpse into the private lives of two very remarkable individuals.”

The Masterpiece: A Novel

“The Masterpiece is a beautifully crafted, meticulously researched story.”

From the opening scene of Sally Koslow’s Another Side of Paradise it is clear that the love story of F. Scott Fitzgerald and Sheilah Graham does not end well.

Hotel on Shadow Lake: A Novel

Martha Weisberg lives a carefully crafted existence. Her days run together one like another and she finds this predictability comforting.