I Will Die in a Foreign Land 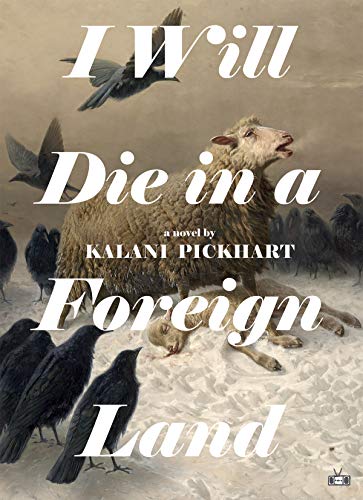 “What author Kalani Pickhart has achieved is a novel that is at once tragic and beautiful.”

It is 2013, and Ukranian president Yanukvych has declined signing with the European Union and has, instead, opted to align the Ukraine with Russia and Vladimir Putin. This decision creates a crisis in the capitol of Kyiv and leads to massive protests that become increasingly violent.

Into the backdrop of this unrest, author Kalani Pickhart tells the story of four people whose paths cross during the chaos of this crisis. Katya, an American doctor has returned to the land from which she was adopted. Her marriage in Boston is in crisis because of the loss of a child, and she has gone to the Ukraine partly to help her people and partly to escape her dying marriage.

Aleksandr, known as “The Captain,” is a man haunted by his past. Every day he heads to the protests at Maidan and plays piano for the protestors. As a child, a piano teacher showed him the beauty and danger of music, and the humanity possessed by art. As a KGB officer attacking Czechoslovakia, these lessons have not left him. The demons in his past compel him to play piano while he mourns a lost daughter.

Misha, an engineer whose wife has died of radiation poisoning after Chernobyl, also takes part in the protests. His role there is more of comforter than warrior. After “The Captain” is seriously injured, he takes a special interest in him and in Katya, the doctor treating him. Misha’s involvement is spurred by his part-time lover, Slava, whom he worries over and tries to look after.

But Slava does not need or want Misha’s protection. Sold to sex traffickers by her mother, Slava has a tough exterior that hides the fears and hurts inside. Slava meets and falls in love with a lesbian journalist, but in times like these, nothing is certain and nothing is forever. Especially love.

Throughout the novel, the violence escalates, moving from Kyiv to the Russian annexation of Crimea. As the layers of the characters’ lives unfold, we realize just how connected they really are.

What author Kalani Pickhart has achieved is a novel that is at once tragic and beautiful. Taking a variety of mediums, from non-linear storytelling, newspaper accounts, and ancient Ukranian folk songs, at times it seems the novel’s main protagonist is the Ukraine and the characters are simply there to flesh out this complex region of the world.

This method could easily be clumsy, but Pickhart skillfully renders it beautiful, like a woven tapestry in which the product is beautiful, but the art is most appreciated upon close inspection. And into this tapestry she weaves the lives of those who stay and fight against oppression and hate at great personal peril.

In the midst of turmoil, her characters remind us that at the heart of everything is renewal, redemption, and forgiveness.

I Will Die in a Foreign Land is simply breathtaking in its scope. Pickhart’s storytelling is flawless with nothing gratuitous or superfluous. She has taken a large, complex subject and rendered it both tragic and tender by reminding the reader that in the end, the individual life touched by conflict is what really matters.