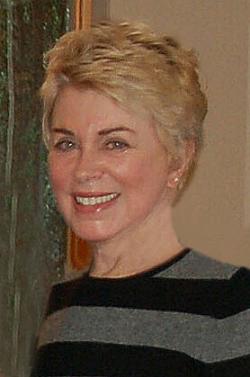 Geri Spieler is a journalist and investigative reporter. Her specialty is to take the buzz on the streets and turn it into investigative stories that are not being covered anywhere else.

She has written for such publications as the Los Angeles Times, San Francisco Chronicle, and Forbes. Ms. Spieler is also a book reviewer for the New York Journal of Books, the premiere online book review site that publishers actively seek for their authors.

She was the founder and editor of Electronic Commerce News, a technology journal published by Phillips Business Information, which led to an eight-year assignment as a Research Director and Analyst for the Gartner Group, an international technology advising company.

In her capacity as a reporter, Ms. Spieler met and corresponded with the would-be assassin Sara Jane Moore. Palgrave Macmillan published her award-winning book, Taking Aim at the President: The Remarkable Story of the Woman Who Shot Gerald Ford, in January 2009. Sundance Film director Robinson Devore is making a documentary film about Sara Jane Moore’s life.

Ms. Spieler is a member of the National Book Critics Circle. Currently she is working on her next book about San Francisco Values.

Taking Aim at the President: The Remarkable Story of the Woman Who Shot at Gerald Ford

Maximum Harm: The Tsarnaev Brothers, the FBI, and the Road to the Marathon Bombing

A book so graphic, so heart wrenching, and so passionate demands the craft of a skilled author.

The Sixth Extinction: An Unnatural History

“The Sixth Extinction is a dense, scientific text. . . .

The Black Book of the American Left: The Collected Conservative Writings of David Horowitz

“The Black Book is a sad account of a man in misery.

Al Jazeera and the Global Media Landscape: The South is Talking Back

Mention the news company, Al Jazeera, and it’s likely the response will not be without a strong opinion of the Qatar-based news network.

Impossible Odds: The Kidnapping of Jessica Buchanan and Her Dramatic Rescue by SEAL Team Six

“Gun Guys is smart and informative—an education for anyone the slightest bit curious about why gun owners are so passionate about their guns.”

The Nature of the Future—Dispatches from the Socialstructed World

“. . . exciting and encouraging. Her research into the strides technology has spawned is remarkable . . .”

“. . . an excellent book for those interested in the journalism greats, both past and reasonably contemporary. It should be required reading for journalism majors.”

Ascent of the A-Word: Assholism, the First Sixty Years

It is delightful that a respected linguist would take up the challenge of writing about an inelegant word that has become a staple of our spoken language.

We’re with Nobody: Two Insiders Reveal the Dark Side of American Politics

“There is humor and personality in every paragraph of We’re with Nobody. The writing is intelligent, detailed, and intimate.

Body and Soul: The Black Panther Party and the Fight Against Medical Discrimination

“This is a surprisingly important book.”

Page One: Inside The New York Times and the Future of Journalism (Participant Media Guide)

“. . . thorough, thoughtful, and exceptionally well written. . . . Page One is a most encompassing volume on the issue of the future of journalism and newspapers. . . .

Genius of Place: The Life of Frederick Law Olmsted (A Merloyd Lawrence Book)

“This biography is a comprehensive journal of Frederick Law Olmsted’s life written with great precision and exhaustive historical specifications; but these elements do not get in the way of

Secret Book of CIA Humor, The

With the title of this book, The Secret Book of CIA Humor, expectation is that this is a work of great insight into the high-level intellect of such an elite agency.

The Next Decade: Where We've Been . . . and Where We're Going

Author George Friedman takes a very personal look at the next ten years in his new book, The Next Decade. He is clear and blunt in what he sees as the United States becoming an empire at t

Gray Lady Down: What the Decline and Fall of the New York Times Means for America

It is difficult to sort out how much of Gray Lady Down is personal or an objective assessment of the New York Times by William McGowan.

The Watchman's Rattle: A Radical New Theory of Collapse

If there were a “Watchman” to protect us from danger, he would be shaking his rattle vigorously right now.

Publish Your Nonfiction Book: Strategies for Learning the Industry, Selling Your Book, and Building a Successful Career

How badly do you want to be published?

The Road Out of Hell: Sanford Clark and the True Story of the Wineville Murders

It's not often we get to hear the story from the victim of a serial killer as we do in this sensitively written account of Sanford Clark, the nephew of serial killer Gordon Stewart Northcott.

Operation Gatekeeper and Beyond: The War On Illegals and the Remaking of the U.S. – Mexico Boundary

As the debate rolls on about Immigration Reform in the United States, as Congress considers President Obama’s vision to design a “Path to Citizenship,” and as Arizona tightens req

The Backlash: Right-Wing Radicals, High-Def Hucksters, and Paranoid Politics in the Age of Obama

It would be easy to write an Obama-backlash book using buzzwords and cliché ridden accounts of the right-wing talk show blather-babblers.

Migra!: A History of the U.S. Border Patrol (American Crossroads)

What could be a more contentious issue today than the conflict surrounding our border with Mexico?

In the President's Secret Service: Behind the Scenes with Agents in the Line of Fire and the Presidents They Protect by Ronald Kessler (Aug 4 2009)

Big Girls Don't Cry: The Election that Changed Everything for American Women

In Big Girls Don’t Cry: The Election that Changed Everything for American Women, Rebecca Traister follows key women involved in the 2008 Presidential election, to tell the story “about the country