Migra!: A History of the U.S. Border Patrol (American Crossroads) 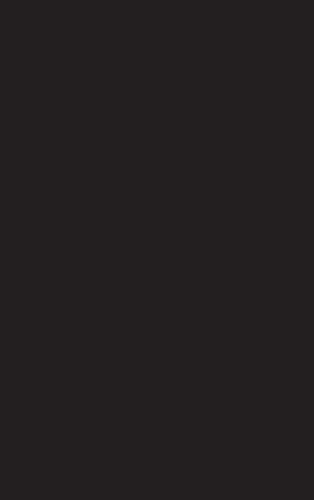 What could be a more contentious issue today than the conflict surrounding our border with Mexico?

Some would argue that the history of the border patrol is irrelevant to our problems today, but they would be wrong. Everything about the 2,000 miles that connects us with Mexico—including the establishment of the United States Border Patrol—is critical in resolving the problems of human trafficking, cross border violence, and drug smuggling.  Ignoring the past will surely doom us if we don’t learn from it.

After the U.S.-Mexico War of 1846–48 when the U.S. declared victory and forced Mexico to cede 50 percent of its northern territory to the U.S., a new border was drawn. The Rio Grande River bisected the border between the Gulf of Mexico and El Paso, Texas. From there the border traversed west across the deserts and mountains to the Pacific Ocean.

Claiming this land ignited the contentious relationship and resentment between Mexico and the U.S.  In what appeared as vast dry wasteland was in fact fertile soil under which thousands of years before was covered by water from the Colorado River before it dried up.

When funding produced projects that would re-irrigate the arid soil, early settlers began farming the land producing millions of acres of crops. It became quickly apparent that large numbers of workers were needed to harvest the yield.

And so what began as a favorable outgrowth of the rich southwestern soil turned into a violent wave of anti-migrant and anti-immigrant legislation.The rapid expansion of early agribusiness brought increasing numbers of migrant workers.  Landowners, eager to profit from the agricultural boom, had access to various sources of labor. They hired California Indians and Chinese immigrants to fill the task. However few American Indians survived the 1880’s genocidal campaign against them and the landowners became dependent on Chinese labor.

Ultimately the large immigration of Chinese labor along the U.S.-Mexico borderlands threatened to take over much of the agribusiness and this brought about the first immigration law, “Anti-Coolie Act of 1862.”

New guidelines on who was prohibited from entering the United States now included all Asians, illiterates, prostitutes, criminals, contract laborers, unaccompanied children paupers, the diseased and defective, alcoholics, and beggars.

Hernandez delivers a meticulous account of the immigration restrictions and the affect it had on the people who lived on the U.S.-Mexico border.  She chronicles a disturbing tale of the violent origins of the U.S. Border Patrol that began when an early colonist to the region, John Jackson Tumlinson, proposed the establishment of a roving patrol after several settlers disappeared and then found dead.

A sentinel for peace and safety of the colonists evolved into “A Sanctuary of Violence” as Hernandez aptly chronicles in her chapter about the tragic journey of the Border Patrol killing Mexicans by proxy. In her example of this regrettable circumstance, Hernandez tells the story of two brothers, Jack and Jim Cottingham from Brownsville, Texas. Both were farmers before becoming local peace officers. A few years later the brothers joined the newly formed U.S. Customs Mounted Guard that eventually became part of the Immigration Service Mountain Guard.  Little training was required, and no one outside of the borderlands observed what went on inside local Border Patrols outposts.

Out on patrol one evening Jim was shot and critically wounded by a Mexican liquor smuggler. As Jim lay in the hospital, Jack drove back to where the shooting took place. He shot and killed every person he could see on the Mexican side of the border as revenge for his wounded brother.Migra! is a scholarly work rich in detail covering the rough beginnings and insurmountable problems the government is faced with securing our border with Mexico.

However, Hernandez is obviously and openly critical of the U.S. Border Patrol’s official history that she says leaves out critical “social and political dimensions that shaped U.S. immigration law.”  Her assessment of the Border Patrol’s violence is underscored by many examples of agents who freely used violence as a method of enforcement protected by the lack of oversight and a climate of vigilantism.  She is also unforgiving, and this time rightly so, of the racism that grew unchecked for years and resulted in rampant abuse and unrestrained massacres of innocent people.

The complications of finding a solution for illegal immigration are tied directly to our ability to manage the border between the U.S. and Mexico. Hernandez offers well-documented accounts and analysis that bring considerable value to obtaining a resolution to the problem.