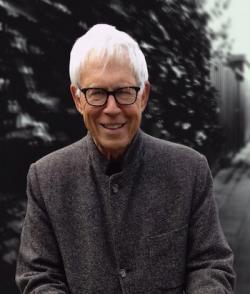 His stories have appeared in over 70 literary journals and have been included in ten anthologies. “A Little Love, A Little Shove” and “Holding Tight” were nominated for PEN/O. Henry Awards. Four stories were performed at the New Short Fiction Series in Hollywood.

Dr. Walker lives in San Francisco and in addition to working on his stories, he teaches a workshop in creative writing to incarcerated veterans at San Quentin State Prison.

Managing Lease Portfolios : How to Increase Return and Control Risk

Managing risk with derivatives: A guide for bankers and their customers (American Bankers Association)

A guide for using the foreign exchange market

The Angel of Rome: And Other Stories

“The Angel of Rome is highly recommended. The stories represent some of Walter’s best writing.”

How Strange a Season: Fiction

How Strange a Season contains six short stories and a novella plus a seventh short story that follows the novella and could have been included in it.

“Wang has the distinct skill of evoking time and place, many eras, many places, and putting his characters, and the reader in them.”

This collection is not easy to approach because of the different realities and forms of expression it uses—and they might have been useful had they prompted deeper reflections. But not.

“recommended for readers who prize beautiful prose and story moments that linger.”

Why I Don't Write: And Other Stories

“has greater resonance, the characters are older, have lived more, have more to say. As a result, the stories are . . . more rewarding . . .”

A House Is a Body: Stories

This is Shruti Swamy’s debut collection of stories. She is not a debut author. She writes with sureness and grace. Her writing is more poetry than prose.

Forty stories in 160 pages. Short: some one page, a couple, four to five pages. Short: but with a bang. Short: You will read in a flash and say, “What was that?”

Fabulous as in “resembling or suggesting a fable.” But in this book, not necessarily “of an incredible, astonishing, or exaggerated nature.” Definition from Merriam-Webster

Hunter's Moon: A Novel in Stories

“The seven stories in Hunter’s Moon feature a recurring cast of men and women, and in each tale a new aspect of their character is revealed.

Scenes from the Heartland: Stories Based on Lithographs by Thomas Hart Benton

“Scenes from the Heartland is a book to read for anyone interested in American values and history, told in lingering prose that sinks into the soul.”

“J. S. Breukelaar is a writer of obvious talent, demonstrated over and over in this collection.”

How Are You Going to Save Yourself

Kehinde Wiley, the artist known for his portraits of street blacks in historical settings, said, “Art is about changing what we see in our everyday lives and representing it in such a way that it g

Baby, You're Gonna Be Mine: Stories

The characters in these ten stories are not people you’d want to meet. That is how well Wilson brings them to life. You’d probably not even want them in the neighborhood.